To tragically lose a founding member of a band is hard enough, when it was the primary songwriter and twin brother of the band’s drummer, it could easily spell the end.  Unfortunately, this is the situation The Architects from Brighton, England faced when their lead guitarist, Tom Searle, passed away in August 2016 at the age of 28.  Instead of hanging up their gear, the remaining members decided the best way to honor his memory was to not only finish their touring commitments but to also record a new album. 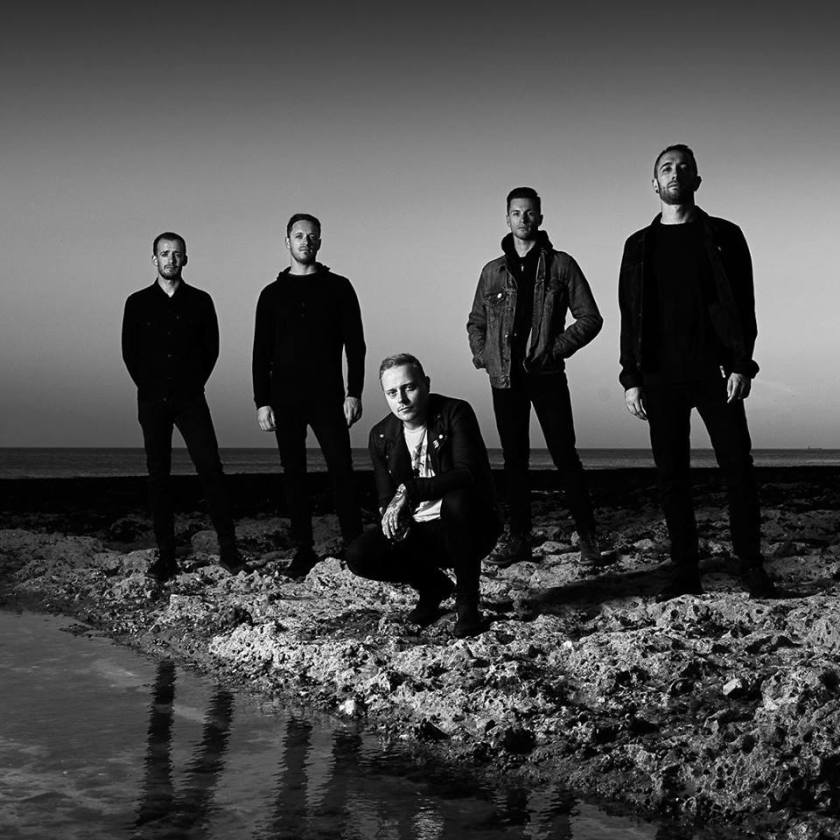 Holy Hell (via Epitaph Records) is an 11-song healing process not only for the band themselves but also for their fans.  Along with new lead guitarist, Josh Middleton, the remaining members of the band including Sam Carter on vocals, Adam Christianson on rhythm guitar, Alex Dean on bass and keyboards, and Dan Searle on drums have worked together to create music that honors the memory of their bandmate and brother and help them work through their grief.

Each and every member of the band are talented musicians, behind the growling vocals, loud guitars and crashing drums there are beautiful harmonies and melodies that take the songs to another level.   The opening track, “Death Is Not Defeat,” features symphonic undertones which set the stage for the rest of the record.

The tempo changes are smooth and give songs like “Hereafter” and “Doomsday” an emotional quality that one would not necessarily expect.  With song titles such as “Death Is Not Defeat”, “Mortal After All”, and “Dying to Heal”, it’s pretty clear where the hearts and minds of The Architects were during the writing and production of the album.

“For me, broadly speaking Holy Hell is about pain: the way we process it, cope with it, and live with it,” Serle offers. “There is value in pain. It’s where we learn, it’s where we grow.”