Unsigned Spotlight is designed to introduce you to bands that are creating amazing music, touring endlessly, and should be on your radar. The music community thrives when people are talking about bands/artists and sharing their music. We hope you take a moment to not only get to know these bands, but to spread the word about them to your friends.

EXNATIONS is a Brooklyn, New York/Baltimore, Maryland indie-pop outfit. Consisting of Sal Mastrocola, Dan Ciarrocchi, and Taylor Hughes this group is creating music that vibes with current trends while at the same time paves a new road for the future of the community.

Check out our exclusive interview with EXNATIONS:

ST: EXNATIONS is gearing up for the release of its debut EP titled Tiny Sound in the Dark — What is the general aesthetic and message surrounding this collection of music?
Sal: Celebration in the face of anxiety and uncertainty. I suppose this might sound a bit pretentious, but to me, “Tiny Sound In the Dark” is a little spark of hope out of the blackness. The EP’s aesthetic reflects that as well.

ST: What is the band most excited about when it comes to Tiny Sound in the Dark?
Sal: I personally feel like it’s the most immediate collection of songs I’ve ever had a hand in. Front to back, every second, every note, every word has something to say.

ST: Where was Tiny Sound in the Dark recorded and did anyone outside the band have a pivotal role in its creation?
Sal: Being that Dan & Taylor are in Baltimore and I’m in New York, we did things in bit of a piecemeal fashion. I record vocals, guitars, and synths in my apartment. Dan and Taylor laid down their parts in their homes, as well as with Chris Freeland at Beat Babies Studio in Baltimore and with our good friend and producer, JK Royston. After the tracks are laid down, we turn things over to o JK Royston. He has a real knack for finding those lil nuggets of pop gold and refining them. He was a huge asset to have on our side for the creation of this EP.

ST: EXNATIONS recently dropped a new single from the upcoming  EP titled “Can’t Get Hurt”. What is the idea and theme around the song?
Sal: This song is about battling with anxiety. America in 2018 is a pretty rough place to be for someone with anxiety. But even more than the struggle, the song is about the moments when anxiety is lifted. When you can stare it in the face, acknowledge it, and go about your business. Then you can dance.

ST: Why was “Can’t Get Hurt” selected over other songs to preview the upcoming release of Tiny Sound in the Dark?
Dan: I think it incorporates all of the elements we want to have as a band. We want to write tasteful pop songs, so for starters, it’s got to have a catchy hook, and I think Sal did a great job with writing one.  But a song needs depth beyond the hook, and we conveyed a message in addition to challenging ourselves musically. We all have a lot of different influences, so when you can capture a wide range of sounds into a four-minute song without losing focus or cohesiveness, then it’s something worth sharing with people.

ST: What touring plans does EXNATIONS currently have solidified or in the works for 2018?
Dan: We’ll be hitting Manhattan for a one-off show on May 17 at Pianos, but there’s plenty more in the works for the rest of the year. All I can really say at the moment is to stay tuned!

ST: What has been the best memory so far in this journey of creating your debut EP?
Dan: One really sticks out to me– since we’re a band that’s not frequently in the same room together, the times that we actually get to work and hang out in the same zipcode are always nice to experience:

I remember playing at Niagara in the Lower East Side, which was formerly A7, the legendary hardcore venue. It was actually the first show we ever played together as a band, and I remember sitting in Taylor’s car after the set and listening to a mix we’d just gotten of one of our songs. So in the same night, I remember having the reward of playing in America’s biggest city, getting a song back, and hanging out with the people who helped make it possible. So with the high I felt from those accomplishments, and maybe because of a few drinks after the set, I remember thinking “OK, maybe we can really do this,” and feeling great about it. I still do.

ST: What is your favorite thing about the music community?
Dan: A lot of my close friends are ones I made through shared interest of music, and it’s comforting to have that as a constant despite how much my life has changed over the years. Music has connected me with genuinely great people that I may not have otherwise gotten to meet, and it speaks to the overall power of music if just an indirect consequence of it happens to be relationships that have a lasting impact on my life. There’s honestly a lot about the music community I could gripe about despite that, but at the end of the day I still owe it so much and always will.

ST: What bands or artists are you jamming to or think fans of Spinning Thoughts should check out?
Taylor: I’ve really been digging on The Ivy’s Next Stop EP, I’ve also been listening to The Wombats’ latest record on repeat for months and have yet to completely digest it. It’s incredibly well written, Turn has been relentlessly stuck in my head.

ST: What advice do you have for other up-and-coming artists to help achieve their goals and live out their passions?
Taylor: No one will care more about your project more than you. There’s so much you can do for yourself before spending loads of money to other people to do it for you. Know your value, work hard. Never underestimate yourself.

ST: What is the best way for fans of EXNATIONS to support the band?
Taylor: Keep listening, tell your friends, bring Twizzlers to shows! 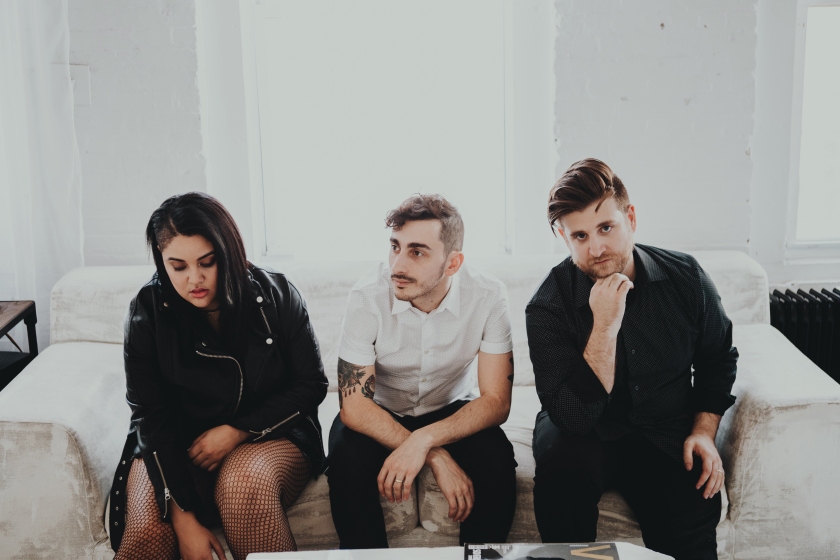