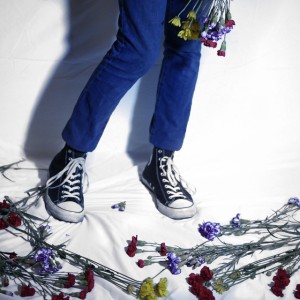 Hey what’s up! My name is Jennell and I am a 21-year-old college student living in the sunshine state!

Babyblu is a Tampa, Florida-based band consisting of Dylan McBrayer and his friends. I’ve known about Babyblu for over two years now and to find the words to verbally express how proud I am of them is extremely hard. They recently released their debut album ‘Petals’ on June 23rd. This album is composed of 13 songs that explore a world of heartache, self-doubt, depression, and loss. I will be reviewing three tracks off of ‘Petals’.

The first track is “Carsick” (which at the time of writing this has 3,200+ plays on Spotify). This song is an emotional rollercoaster and an obvious favorite with the fans. It starts off with a slow piano melody and soft vocals from McBrayer. This is arguably the best song that he has written and produced, with lyrics like “I am only human tonight, so afraid to take my own life, can’t take this for granted”. After the chorus, the once slow piano melody picks up and you can hear the vulnerability in McBrayer’s voice echoing “we’re almost home, I can promise you that now”.

“Finish my heart” has been streamed 2,500+ times on Spotify. The track explores the loss of a relationship and the realization that love, isn’t really all it turns out to be. The song itself is full of synths and 80s pop sounds that make you want to dance the night away!

The last track I will be reviewing is “What Was the Last Lie You Told?”. Although the numbers don’t show on Spotify, this song is popular on Apple Music and fans constantly ask for this song to be played live! The track starts off with a synthesized bell sound and then dives into a pulsating bass line while he sings “hold me close, so I can feel this pressure tearing at me”. The song delves into a relationship that doesn’t seem to be working out but with the lyrics “I said I can’t see a future between me and you, that’s not the truth I need you,” there seems to be doubt between the both of them. After the chorus the song goes into a more upbeat tempo with a guitar solo and mixed synths to give it a “The 1975” sound.

Take a listen to this amazing debut and check out Babyblu everywhere music is sold!