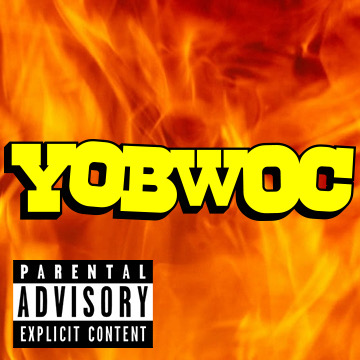 Following the release of their debut LP Tequila Sunrise in 2018, Super American is back with a vengeance, showcasing songs that fit right in with the likes of early Blink-182. The Buffalo-based duo is set to release YOBWOC on January 17, 2020 via Take This to Heart Records.

“Chlorine Fight Song” acts as a fantastic beginning to Super American’s release. With a run-time of only 40 seconds, it pulls the listener in right away with a catchy guitar line that sounds like it should be playing while you’re somewhere on a beach in California.

“Untitled” stands out to me as the most memorable track on this release; the lyrics are relatively easy to learn and I found myself singing along after the second or third listen through. Super American gives listeners a high-energy song that blends traditional punk lines with an almost indie-pop undertone that sets it apart from the other two songs on YOBWOC.

“Tangerine and Guava” is easily my favorite song on YOBWOC. Energetic lyrics blend with melodic guitar riffs to ensure that you’ll be humming it all day, whether or not you fully know the words yet. The third and final track seems to be the most early-2000’s pop-punk inspired, putting Super American in the same category as some older Sum 41 works.

My only problem with YOBWOC is that I want more; now that I’ve started listening to Super American, I can’t stop. A fresh twist on a nostalgic sound is something that I didn’t know I was missing in my playlist. Whether you’re a fan of early pop-punk or current indie-pop, YOBWOC is sure to impress you. One thing’s for sure- keep this band on your radar.