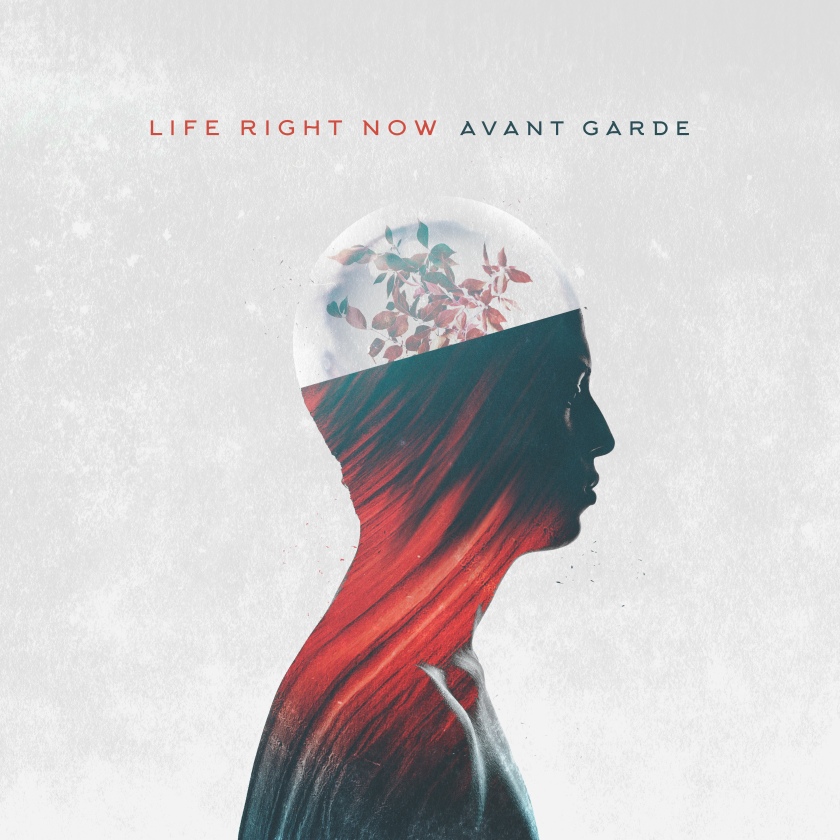 Electronic metalcore with screamo overtones, the debut album Avant Garde from Life Right Now and releasing August 16 is varied, distinctive and an amalgamation that is the true embodiment of the album name. The band is comprised of members from Attila, It Lies Within, Nevada Rose and Deception Of A Ghost. In mid-2018 Zachary Scott (harsh vocals), Justin DiMarco (bass/clean vocals) and Kyle Dameron (guitar) entered the studio to start demoing out ideas for their debut release and completed the lineup with drummer Bryan McClure.

“Two Wrongs Don’t Make a Right (But Three Do)” starts off the album hurdling fans into Avant Garde with some spicy and sweet, spotlighting the vocals on Scott and DiMarco early on. “Stuck” focuses more on Scott’s vocals throughout the track with clean relief in the chorus from DiMarco and exceptional guitar work throughout from Dameron. “Wolfpack” is the ready-for-radio tune. In it, DiMarco sings “throw me to the wolves, I’ll be fine, rip me limb from limb” but the overall message is biting back at those trying to take a bite you. The beat won me over most in “That Dress Don’t Lie” with its instrumental inventiveness and vocal effects, combined with the overall mix of the track is modern and perfectly avant garde.

At times Avant Garde teeters on the edge of a cliff and others barrels over the edge headfirst plowing into an opposition. To be upfront, I was skeptical at first, unsure if this was just another group thrown together that wouldn’t sound cohesive or make sense. I was pleasantly surprised. While not a traditional fan of harsh vocals, I was taken aback by how much I ended up digging this album.

With a little something for everyone, whether you’re having a good day or bad, jamming the album at the gym or raging in your car on your lunch break avoiding your garbage boss, Avant Garde is a great album to escape into, or bask in the present. The harsh and clean vocals from Life Right Now are well-balanced and the electronic tones strike lighting into the verses, brightening the songs up with vivid bolts of energy.

If you enjoy the free music content we provide please consider supporting our mission to share music, spread love by clicking on the link below!