Within Temptation is back with Resist, due to drop February 1, 2019 via Spinefarm Records. The band gained some attention with their 2014 album Hydra, and five years later we get the long-awaited follow up. Within Temptation has a very unique style that blends symphonic and doom metal but has a very chilly, gothic sound to it as well.  I have been waiting for this album to drop for years and was fortunate enough to grab a sneak peek!

The album kicks off with “The Reckoning”. In addition to being one of the early singles released, this track features a guest vocal from Jacoby Shaddix of Papa Roach, which is sure to get a band on the rise some positive attention. The song itself is an attention-grabber, with Shaddix’s vocals masterfully laid alongside Within Temptation’s leading lady, Sharon den Adel, who has one of the most haunting and captivating voices in metal.  The song has a catchy hook and a very heavy groove in the breakdown.

“Endless War” is definitely a standout track on this record. The song has a slow but heavy feel. The intro to the song is soft and explodes into a frenzied heavy riff, which is as exhilarating as it is expected. “Supernova” is another great track that showcases the best vocal performance on the record and has a very catchy hook. “Firelight” has a very cool approach: It’s a slower, laid back and less heavy track highlighting the band’s musicianship and diversity. The orchestral background music makes this song powerful, and is evidenced on many of the tracks on the album.

My favorite track on the record is “Holy Ground.” This song is the most traditionally heavy on Resist. The melodic orchestral backing is prevalent from the intro and adds a cool element to the song, particularly in the breakdown. But what’s most powerful about “Holy Ground” is that it is raw. The lyrics are full of emotion and truly captivating.

Whether you’re familiar with Within Temptation from their success following the release of Hydra, or maybe you’re just looking for something new and heavy, check this album out. The follow up was worth the wait! Cover to cover, Resist delivers in a big way. The 10 tracks pack a memorable, heavy sound that is sure to bring Within Temptation to new heights in 2019. 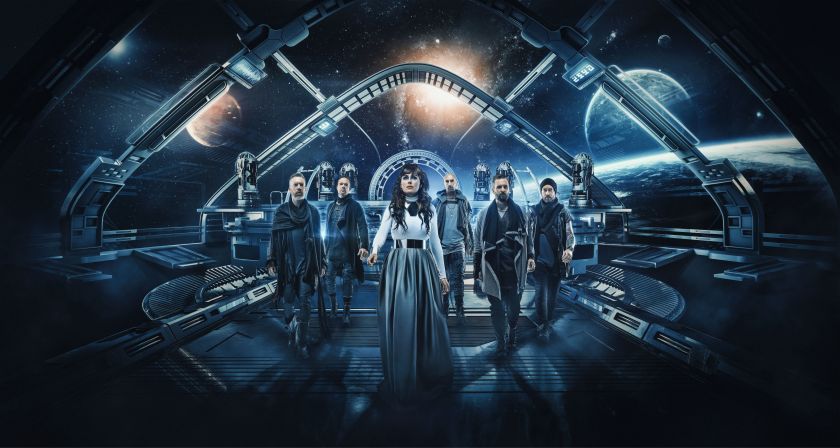