I have long been a fan of the unique sounds of Nordic death/doom metal.  This sub genre of metal is probably most popular for giving us bands like In Flames and H.I.M. and seems to permeate from Finland and Sweden.  It is such a unique sound- it is melancholy and melodic almost at the same time.  The dialect is almost mysterious and adds a new level to the music, which is often slow yet heavy.

I recently came across Swallow The Sun, a Finnish doom metal band that is turning heads in the genre.  They are dropping a new EP, When A Shadow Is Forced Into The Light, on January 25th via Century Media Records, and I was fortunate enough to get an early look.  The band reminds me of genre heroes In Flames in a lot of ways, but they are also very unique.  The band does a great job bringing their own touches to the genre.  When A Shadow Is Forced Into The Light is heavy as often as it is reserved, offers amazing melodies and instrumental pieces that almost sound classical, and warrants a new perspective on death metal. 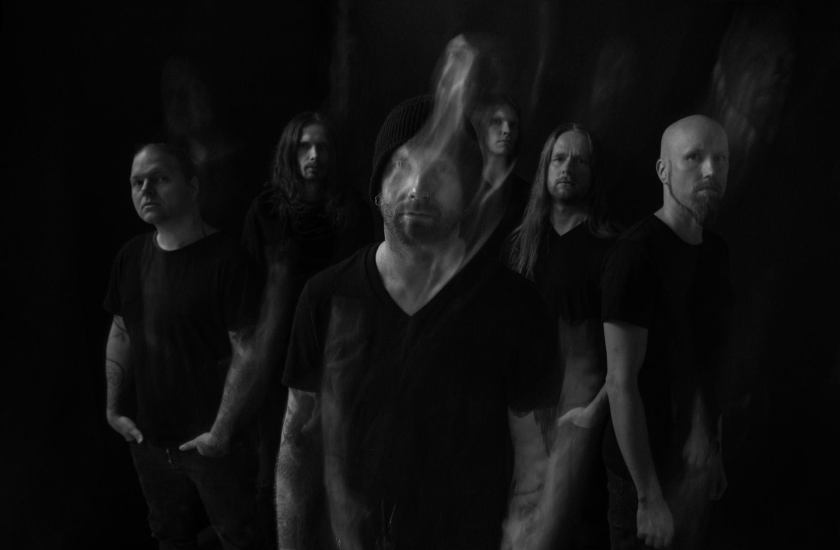 The title track, “When A Shadow Is Forced Into The Light,” is a strong opening to the album.  The intro is heavy and melodic, while in a minor key.  When the melody opens to the chorus, we get the first glimpse of the heavy vocals on the record.  They are incredibly well done, and uniquely placed over an orchestral backdrop.  The opening track sets the tone for the record, as it encompasses a lot of these factors that set Swallow The Sun apart.

“The Crimson Crown” is a great example of how diverse this album truly is.  The track starts off quietly with a melancholy, but beautiful melody supported by a flowing bass line.  It adds elements of piano and some strings and at times is reminiscent of the heavy melodies I remember from AFI’s transition from punk to alternative.  The lyrics start out at a whisper and build slowly, never quite reaching the heavy apex I was expecting.  This track also has a heavy guitar solo, with low distortion that rings over the soft piano melody.

“Firelights” showcases a chorus line that may be the most memorable on the album.  The song is slow and ominous and has a nice build which highlights a very heavy double bass and heavy vocal, without increasing the tempo of the song.  The guitar solo comes in around triple time to the tempo and shows a lot of musical gumption.  “Stone Wings” has the strongest melody on the album.  The introduction is absolutely beautiful, and the track really picks up when the music comes it.  It goes from a simple melody to one of the heavier moments on the album and alternates back and forth throughout.

My favorite track on the record is “Here On the Black Earth”.  This song has an incredible build and uses some great orchestral instrumentation as it builds to a breakdown that starts off slowing the song’s tempo, but quickly builds through heavy vocals and breaks out into an intense display of screeching guitars and slow but heavy riffs.  Doom metal at its best.

Swallow The Sun really did amazing things with this album.  I know a lot of people aren’t into death/doom metal.  The expectation is usually a ferocious and in your face, heavy approach.  Death and doom metal aren’t that, though.  They are slow; they are musical.  Being heavy isn’t always the same thing as being aggressive.  Sometimes the slower, more calculated songs are the ones with the heavier feel.  Doom metal isn’t for everyone- I get that.  But if it is your cup of tea (and is sure as hell is mine!), don’t sleep on Swallow The Sun.  When A Shadow Is Forced Into The Light is one of the most complete albums I’ve heard in this genre in years.  Listen to it with an open mind!