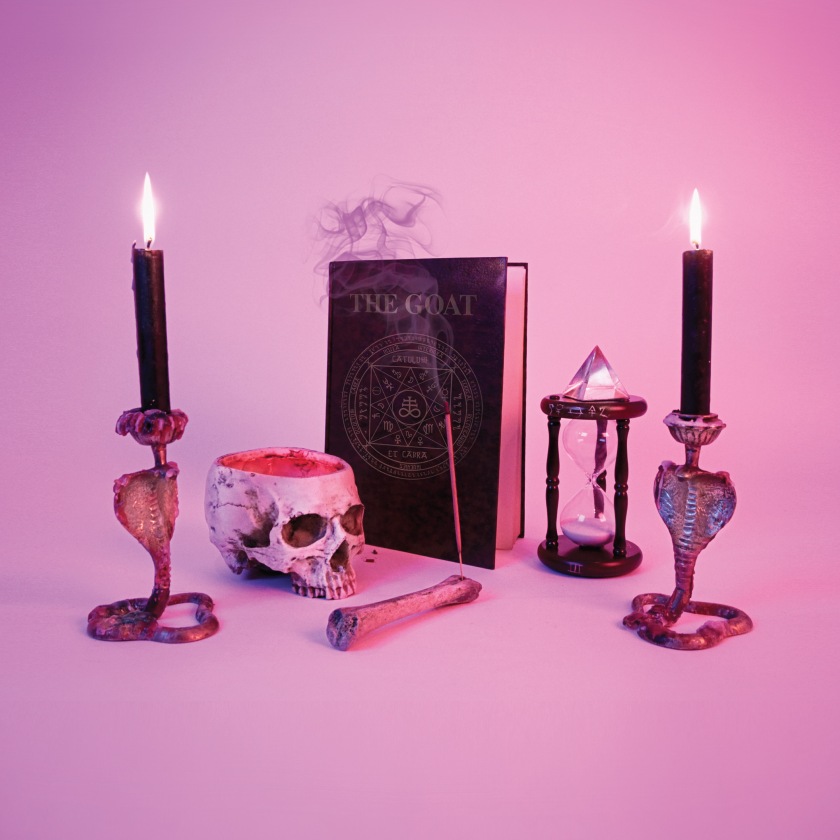 I’ll be honest: The metal scene isn’t really my thing. I’m more of a pizza and pop-punk type of gal, but when presented with a band by the name of Puppy I was most definitely intrigued to hear what they had going on.

The London trio, affectionately coined “the puppy pack,” is coming in to challenge the rock and metal game. The band is looking to question the musical norms of the rock world instead of following trends of the past and taking the safe route. Their deviating sound has earned them shared stages with a range of artists like the glam punk band Creeper, to heavier acts like Conan and CKY. Comprised of frontman and guitarist Jock Norton, drummer Billy Howard and bassist Will Michael the band has been described as not only meme and DIY kings but more incredibly also riff kings. The album stands to back up that title – The Goat is riff-heavy and riddled with killer breakdowns.

The opening track, “Black Hole,” gets the listener nodding along within the first seconds. You’re enticed by the beat, then the vocals kick the ear worm deep within your skull and it’s later joined by others further along in the album. The chorus is well-written and the vocals back that up to the point where you’ll find yourself singing along at work, in the shower, or anywhere else.

Providing an ever-growing amount of evidence that these gentlemen are in fact riff kings, is the song “Vengeance.”  The breakdown demands attention. Songs like “Just Like You,” “Entombed” and “Night Walker” have a unique theatrical feel in the best way.

When I write reviews my process usually involves a notepad, journal, or if I’m on the train coming home from class my notes app. I usually write down my first impressions and the general vibes I get and anything that stands out. While there are quite a few songs I have things like “THE DRUMS” or “THE BASS WORK” written in big letters and underlined, I found myself writing a lot of the lyrics down.

This album is different. I wrote lyrics out for almost every song. Lyrically, this album is incredible. The lyrics in “Just Like You” are paired incredibly with the instrumental talent of the band to the point that you can picture something closing in, (listen yourself. You’ll see what I mean.) but each song on this album lyrically hits the mark.

Be sure to check out The Goat by Puppy and let me know what you think! My favorite tracks are “I feel An Evil” and “Just like You” all for the reasons I have written above. This album, and the band’s approach, is setting a high standard for music coming out in 2019. The album drops January 25th  via Spinefarm Records.