You ain’t ready. The first three words of FEVER 333‘s debut full length album (unless you count the one minute spoken intro track that blends beautifully as an intro to the first song) sets the tone for the next 40 minutes.

FEVER 333 is unique. They are aggressive, relentless, heavy, politically driven and smart. The lyrics on this record are personal. The content ranges from police brutality and gun violence, to racism, to our current political discord (especially immigration issues) and to what it means to be a husband and father. STRENGTH IN NUMB333RS is musically aggressive, lyrically sound and hits me on so many levels.

FEVER 333 made a huge statement with last year’s Made an America EP. I was so impressed with the depth and intensity of that record. STRENGTH IN NUMB333RS takes that intensity to a whole new level. “BURN IT” serves not only as the lead single but also as the first track on the album. The song itself is about drastic change and includes references to some of the most innovative and influential voices of equality and protest in our country’s history.

The album features more clean vocals from frontman Jason Aalon Butler than the EP, and really showcases what a tremendous voice he has. From crisp, clean vocals to solid rap work with an excellent metal scream kicker, the former letlive frontman embodies a mix between Chester Bennington and Mike Shinoda of Linkin Park, with the tenacity of Rage Against The Machine’s Zach de la Rocha. 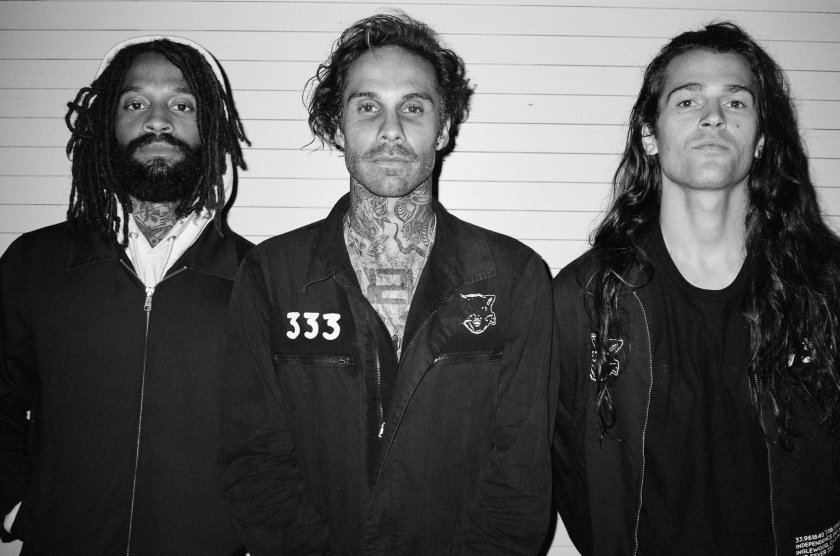 The music is equally powerful. There are driving lines in nearly every song. “ANIMAL” sets a great tone with melodic lines and a sing-along-worthy group vocal.  There is a solid heavy bass low gain style in some of the more rap based sections, evidenced in the beginning of “OUT OF CONTROL/3” that was also present on the band’s previous release.

The album has three songs that end with “/3” in the title: “PREY FOR ME/3” “INGLEWOOD/3” and “OUT OF CONTROL/3”. In addition to being the three most solid tracks on the album, each song has a very unique approach. They all seemingly end at the midpoint of the track and transition to an intense, heavy breakdown that features solid rap work, intense heavy breakdowns and emotional lyrics.

“PREY FOR ME/3” is easily my favorite song on this album. It showcases the best of Butler’s vocals in all three mediums and has an amazing driving beat.  The song is a scathing critique of police brutality that has escalated in recent years. Another standout track is “AM I HERE?,” a ballad laid over a beautiful acoustic line that reflects on the importance of Butler’s family, particularly his wife and her role in his success.

“INGLEWOOD/3” is the most emotional song on the record by far, with lyrics about growing up with hardships. The line “You watched the news, I lived in it” is the most powerful line from a track that provides stories of discrimination, violence and hardship.  The story telling on this record is flawless and the messages take a stand against a lot of injustices we see in this country.

The new album STRENGTH IN NUMB333RS from FEVER 333 is out now via Roadrunner Records.