Half Past Seven – “Away From You”
Directed by Eric Griffin

I once took a class on contextualizing music videos. We had to watch them with absolutely no sound and give our personal interpretation of what we saw versus what we heard. We discussed how videos can either emphasize the concept of the song or give an entirely different viewpoint that we often overlook because we’re so focused on the lyrics. In the case of Half Past Seven’s “Away From You” video we’re given a beautiful concept video directed by Eric Griffin that puts a metaphorical spin on the track’s lyrics.

The video starts with our female lead standing alone in a forest, black rope wrapped around both of her hands and wrists. She looks solemn and sad, her eyes averted to the ground like she’s lacking in confidence. As she begins to make her way through the forest we notice the slack on the ropes begin to tighten, pulling her back in the direction she’s attempting to move away from.

We soon come to a tree containing a picture of our female lead and what we can assume to be her boyfriend or someone very close to her. She stops, looking at it for a moment before attempting to move forward again. This time, the ropes on her hands try to pull her back, making it harder for her to continue on.

Our heroine glances back at the photo, almost as if she’s thinking about giving in to the pull and heading back in the direction the ropes are pulling her. However, she doesn’t give in, fighting what is attempting to pull her back as she tries to move on from the photo and the memories it holds for her. 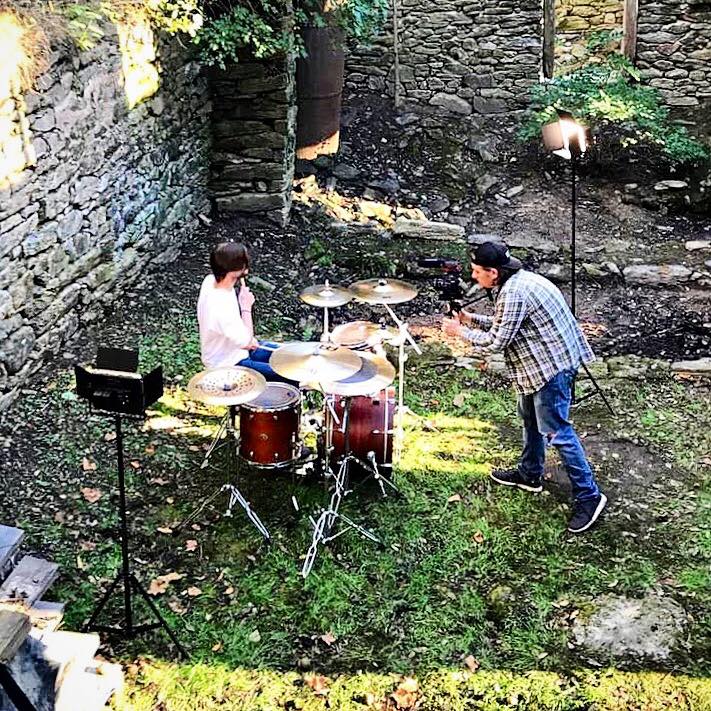 Her struggle continues as she keeps her eyes down on the forest floor, needing to fight just a little bit harder than before. She soon crumbles to the ground, obviously exhausted and tired of fighting. Another photo of our lead and the same man as before appears on the tree she’s fallen next to. As she stares at it the ropes try to yank her back again, our lead needing to fight a little bit harder this time to avoid being overcome by the pull. You can see the look of hurt on her face, confirming our suspicions that this is no easy fight.

Her journey continues until we come to one more photograph on the forest floor, this time accompanied by a handwritten letter. She briefly looks over these items before finally looking up, seeming to have found a new air of confidence that she didn’t have with the first two photographs. Striking a match, she sets fire to the letter and stands up wearing her newfound confidence as the ropes finally slide off of her hands. She continues on, her eyes forward this time as she escapes the confines of the forest and emerges to a beautiful, open lake.

The song’s lyrics are enhanced by the music video, sharing the message that while things might not be easy, the fight will be well worth it. Our female lead seems to be trying to escape some type of relationship, the photos symbolizing the good memories they had and the ropes being the ties to that person that so often keep us coming back to them again and again. It’s not an easy fight, with some memories being harder to let go of than others. Our lead kept pushing, kept moving forward, refusing to let those memories hold her back. She eventually set fire to her past, finding confidence in herself to start a new beginning.

The best part about this video is that it still leaves a bit of open interpretation for the viewer, allowing them to make the song a bit more relatable in the way they see fit. For example, is our lead holding herself back by hanging onto memories she’s having a hard time letting go of? Or is it another person holding her back by reminding her of all the good moments they had together? I believe a great music video is one that is not only capable of bringing the song’s lyrics to life, but creating a visual that fans and viewers can find themselves in, which is exactly what Half Past Seven’s “Away From You” video accomplishes. 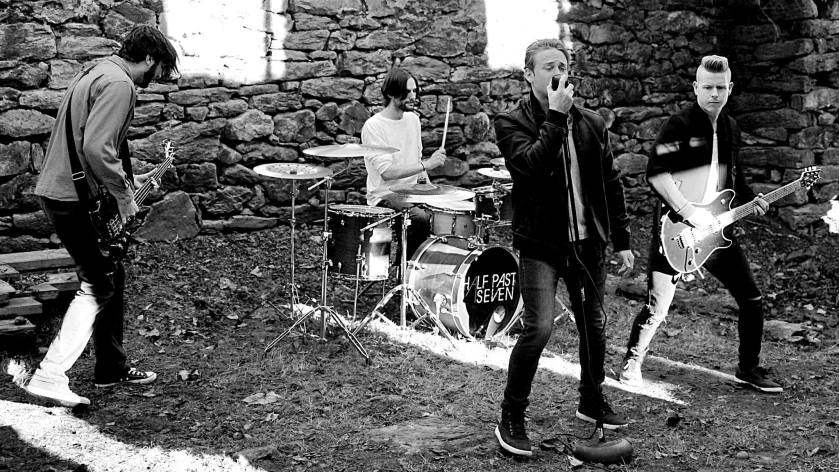 You can check out “Away From You” and some other killer tracks from the band’s self-titled EP, Half Past Seven.

TAGS: Half Past Seven | Eric Griffin