I’ll be honest- rock music isn’t really my scene. Despite this, rock concerts are some of my favorite to attend and photograph. There’s always an insane amount of energy and passion present from both the band and the audience. That’s why when I saw that RED was coming to the Pittsburgh area I knew I just had to go.

Veio opened for what was the second show of the tour. Four musicians make up the progressive hard rock band from Portland, Oregon.

I saw Veio in September when they were on tour opening for Seether. It was at a much bigger venue than where this show was at. I was excited to see how their performance would translate to a smaller stage. Despite having way less room on this stage, they still had all of the energy they did at the first show I went to. 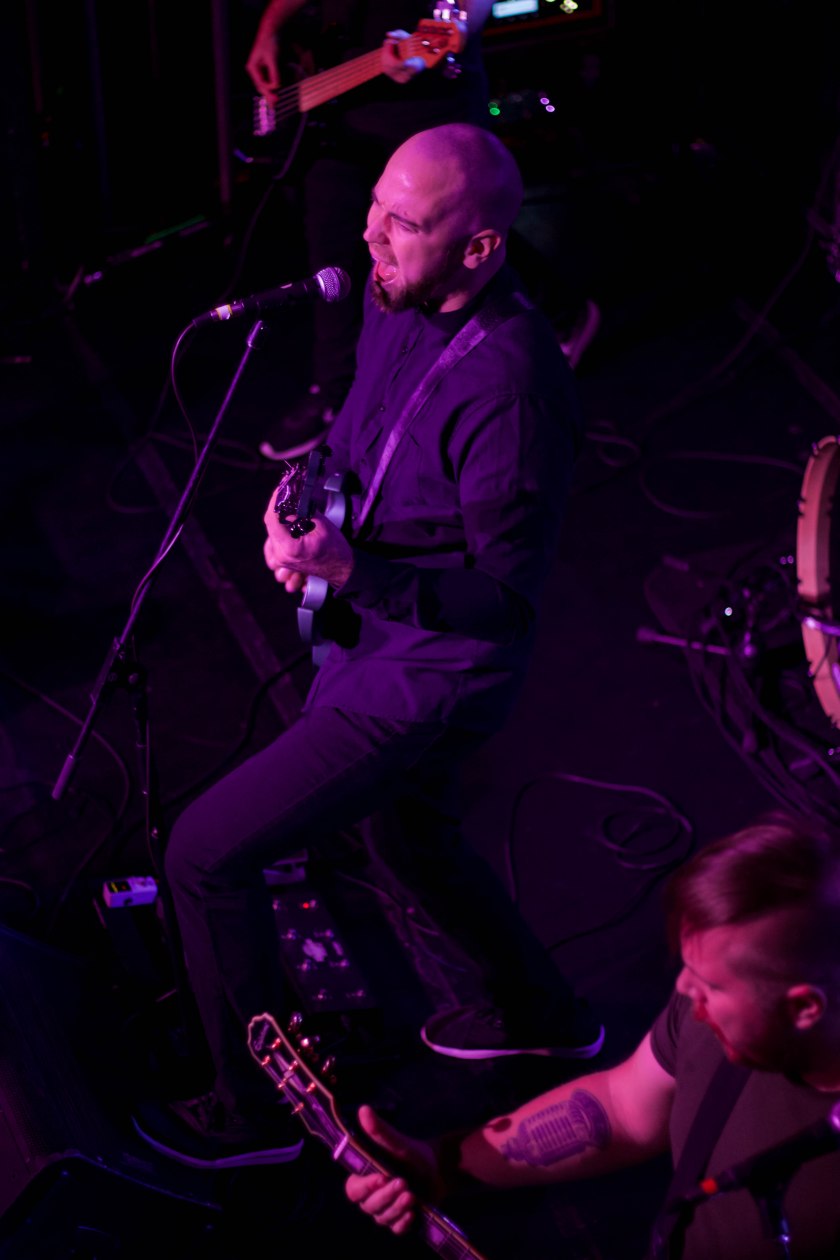 Veio ended their set with “In Peril”, released earlier this year. It felt like their set went by way too quickly. They left the audience wanting more.

Skyharbor is a progressive metal band with members from both Cleveland, Ohio and India. Like the country India. I have no idea how this band came to be, but I’m glad it exists because they’re extremely talented.

Skyharbor seemed to have an audience of its own. There were a lot of people in the crowd that I didn’t see during the other acts.

They must not have been listed on the line up because there were multiple times I heard people ask in panic, “Skyharbor is still playing, right?”

One thing that really stuck out to me was while members of the band jumped and moved around stage, vocalist Eric Emery stood still and hardly faced the audience. This gave their performance a very different vibe. Another part of the show that caught my attention was how beautiful and ambient the lights were. 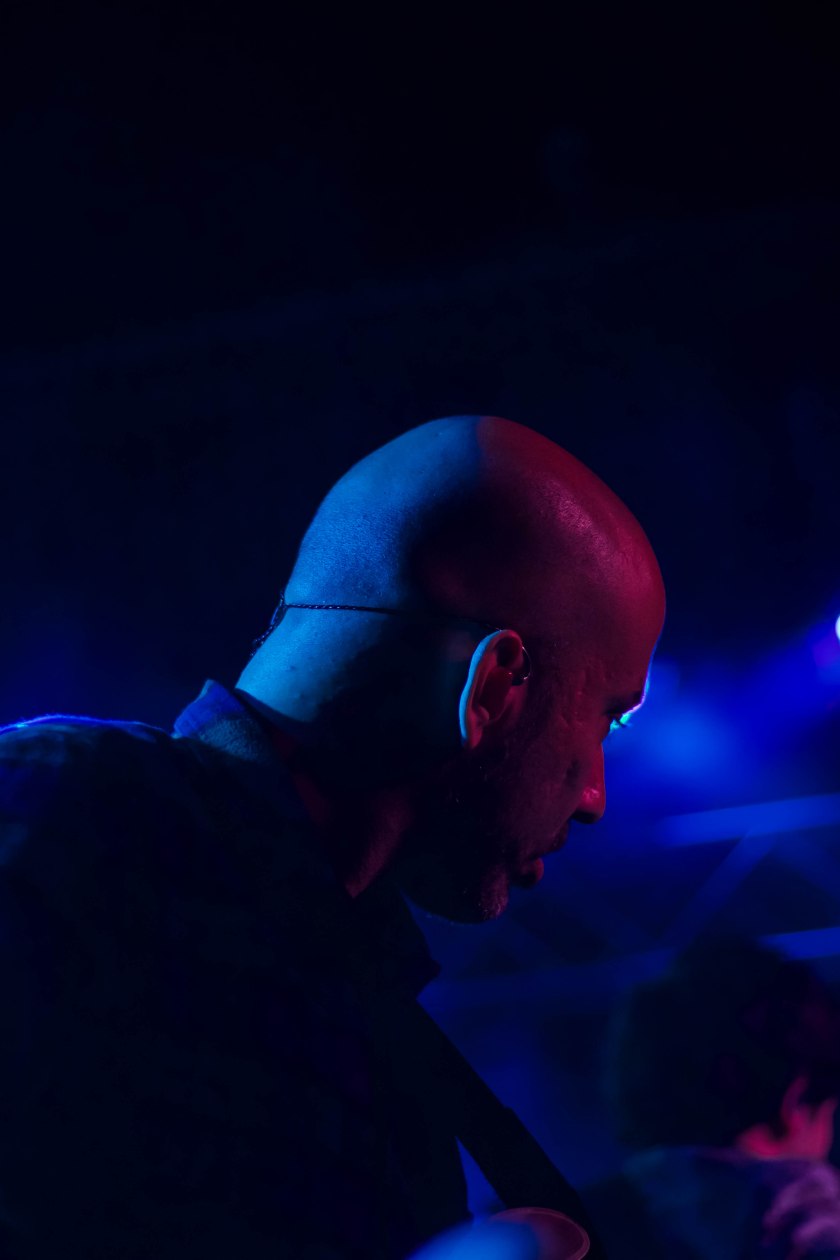 Skyharbor’s music and performance was very different from the other bands’, but they complemented the others very well. This is definitely a band you have to see live.

The Veer Union is a four piece rock band based out of Vancouver, Canada. Just like Skyharbor, it seemed they had their own audience. The band’s excitement about performing was contagious.

I know I say this about every band, but they had so much energy! There were pieces of the drum sticks flying everywhere. Three of the four members where constantly flipping their hair around and head banging.

At one point in the set, a few different people in the audience started shouting out song requests. This really showed how dedicated their fans on the other side of the continent are. They ended up playing an audience favorite, “Bitter End.”

To finish off their set, The Veer Union covered Linkin Park’s song “Numb” in honor of the late Chester Bennington. It sounded like everyone in the building was screaming the words to this song. 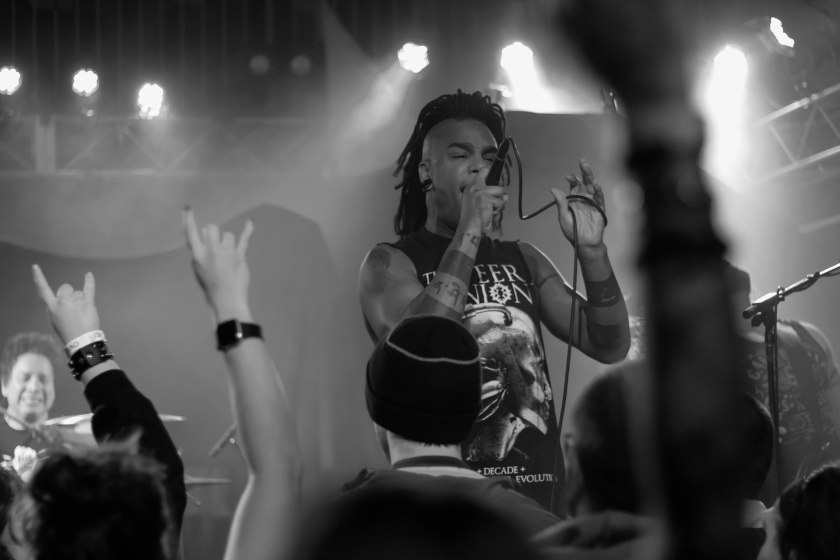 RED is an alt-rock band from Nashville, Tennessee. The group consists of vocalist Michael Barnes, guitarist Anthony Armstrong, and bassist Randy Armstrong. They brought Dan Johnson on tour for the drums. RED has put out six studio albums and each one of them is packed with emotion and passion. 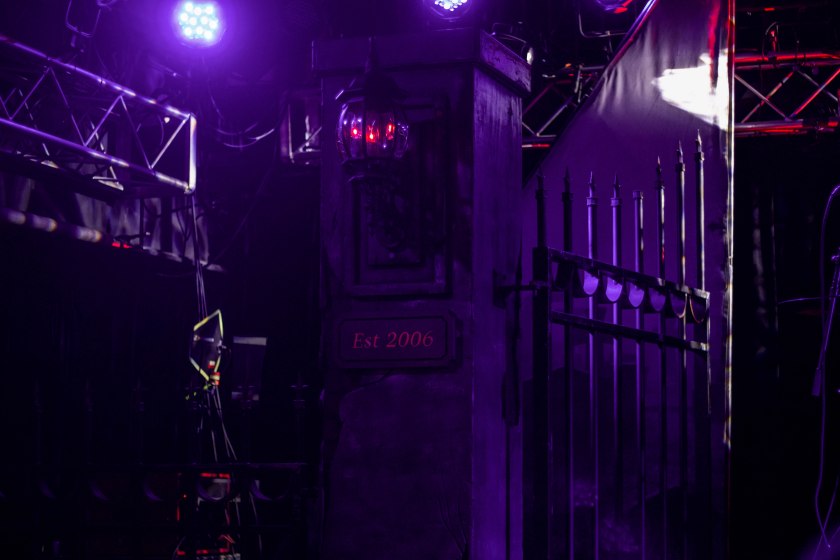 The stage was set up like an entrance to a cemetery. The drum set was positioned in the center of the gate. Each member had a gravestone shaped rug that had their name on it. 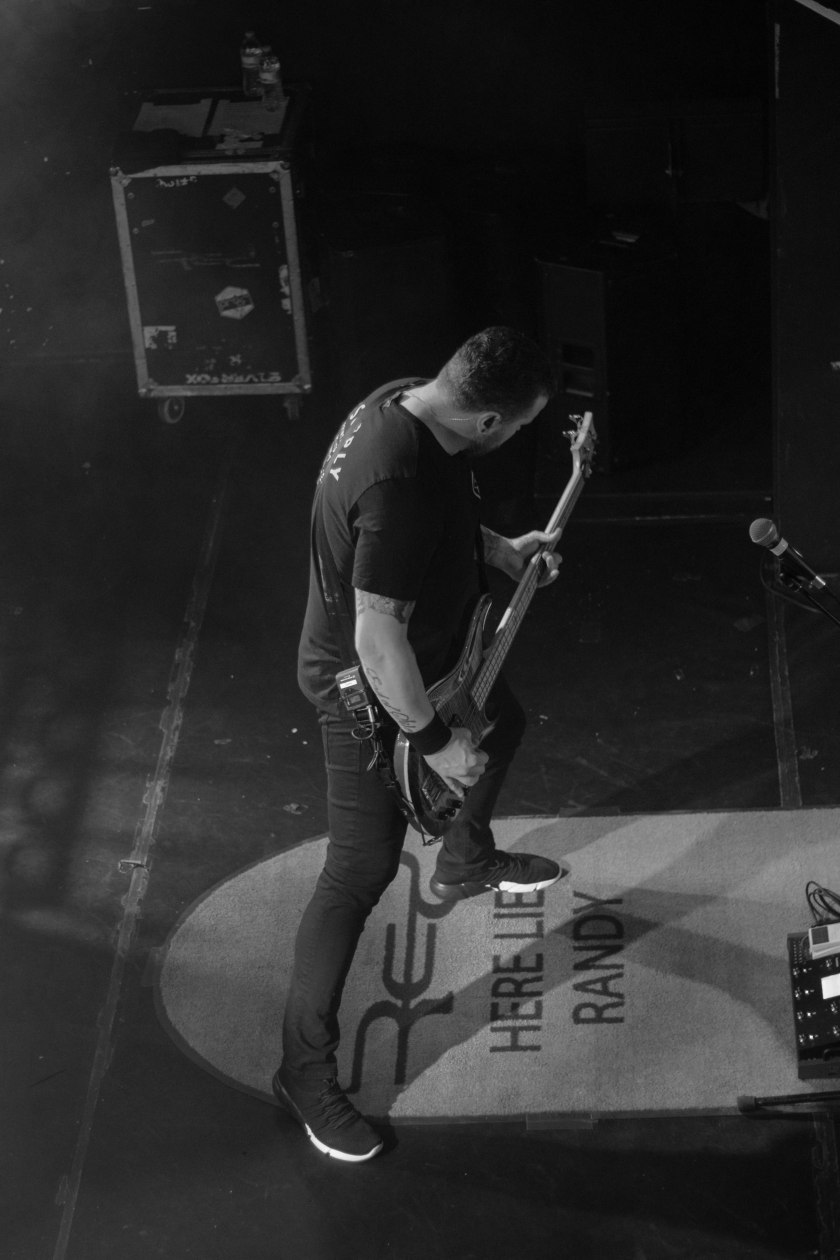 You could see on Barnes’ face that he was feeling every word and message he was singing, and so was the audience. The crowd was so passionate about this music. They were really feeling it. There were many people crying throughout the show. 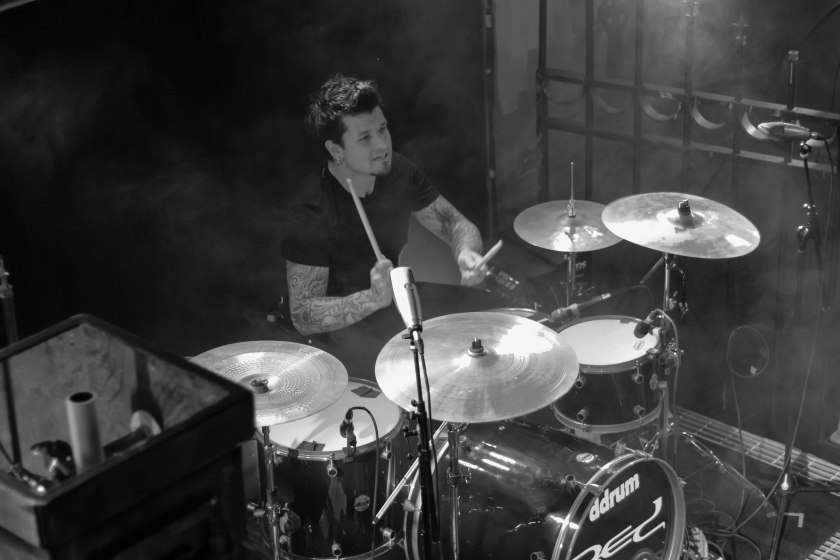 RED played a really nice mix of songs from all six of their albums. They opened with “Still Alive” from their newest album, Gone. 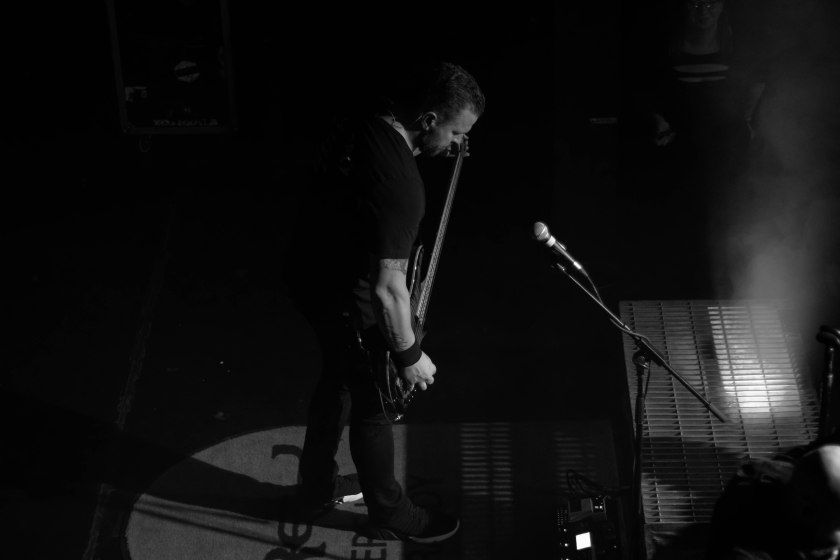 They played crowd favorites like “Already Over”, “Feed the Machine”, “Release the Panic” and “Gone.” 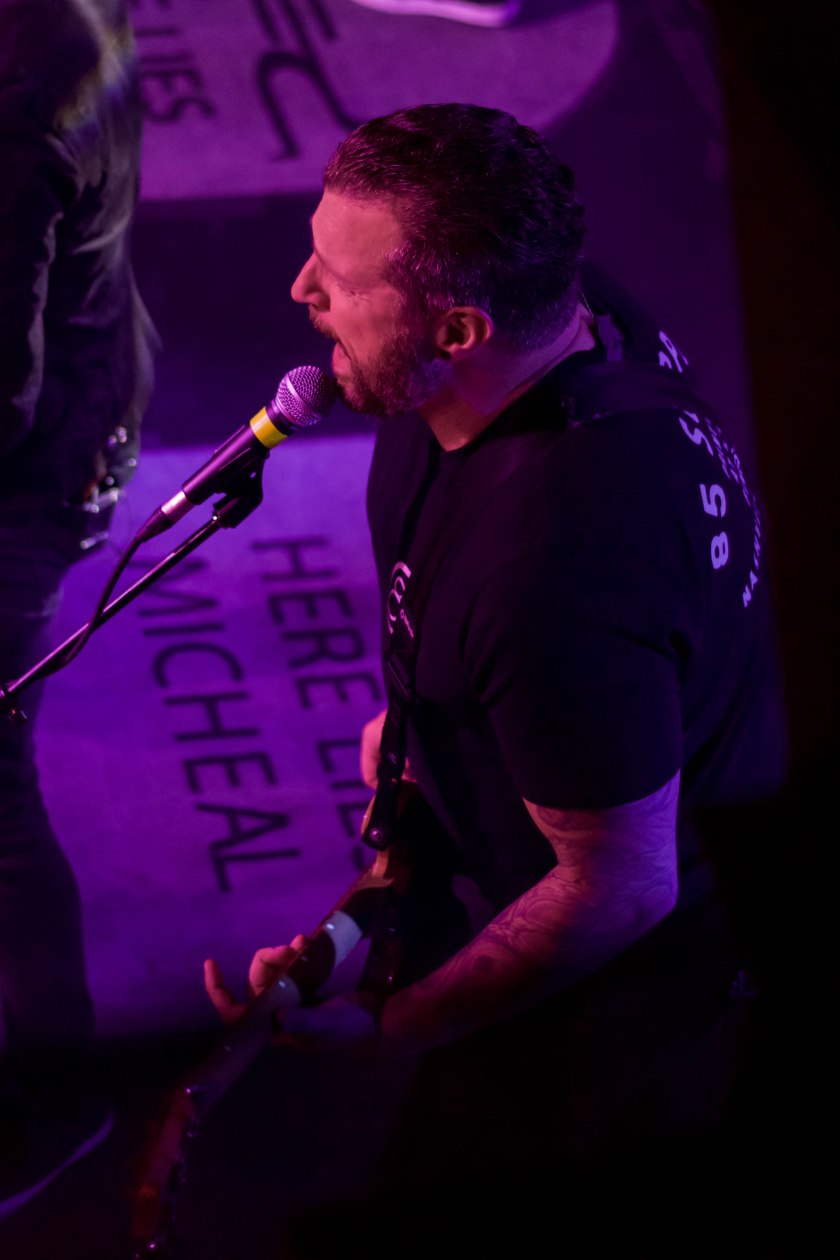 Before their encore, RED performed “Breathe Into Me.” It was almost like everyone was just waiting for this song and went crazy when they finally played it. I’m not exaggerating when I say it sounded like the audience was louder than the band.

No matter the band, no matter the genre, music is so powerful to both the audience and the musicians. This show really reminded me of that. I would highly recommend music from any these bands. If you’re a deep feeler/thinker, definitely go listen to RED’s music. You can thank me later.