Beginning slowly and rather eerily, Silent Planet have stayed true to themselves and what they are about on their third full-length album When the End Began, due for release on November 2nd via Solid State Records.

The album doesn’t stay slow for long, with Silent Planet’s brand of metalcore kicking in just over a minute into the opening track “Thus Spoke” and continuing throughout the fourteen track collection.

The passion for their art and what they do is very apparent from frontman Garrett Russell and his bandmates throughout When the End Began. It is full of scriptural references reflecting Silent Planet’s Christian faith while pointing to the hope of a better world.  This is particularly the case on “The New Eternity”, where Russell looks back on the ways humanity instead has looked out for themselves while at the same time succeeding in a heavy critique of the myth of redemptive violence.

“Northern Fires” very intelligently references many literary works while calling out the horrors of war.  Some may only hear quality metalcore (which is fine), yet When the End Began goes much deeper than simply what is on the surface.

You can catch Silent Planet on tour this Fall/Winter around the globe. 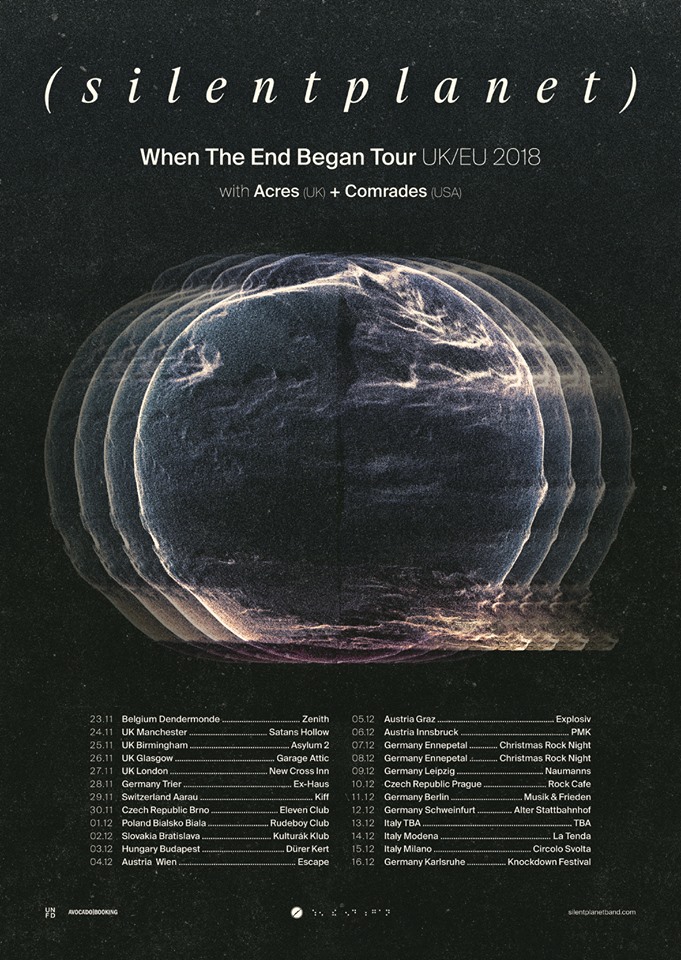