Music is life.  Music is a positive outlet for emotion, and when used as an avenue for release can be incredibly powerful. Personally, I am attracted to music that tells a story and serves a purpose.  I get lost in an album when I can feel the emotions behind it.  If you’re like me, the self-titled record from Sufferer is a must listen.

Musically, the album itself is solid.  It is a heavy metalcore record that brings a cool feel to each track.  The current featured single is “Chapter II (Then)”. The track has an incredibly catchy hook that brings you in with both clean and heavy vocals echoing one another.  There are some really heavy riffs and runs that work In unison between guitar and bass and give the track a heavy feel.

My favorite track musically is “Chapter III (Sword)” which is an uptempo, in your face track.  The song features some cool transitions. Several tones, when the music is at its heaviest, everything drops out to have an acoustic guitar picking. 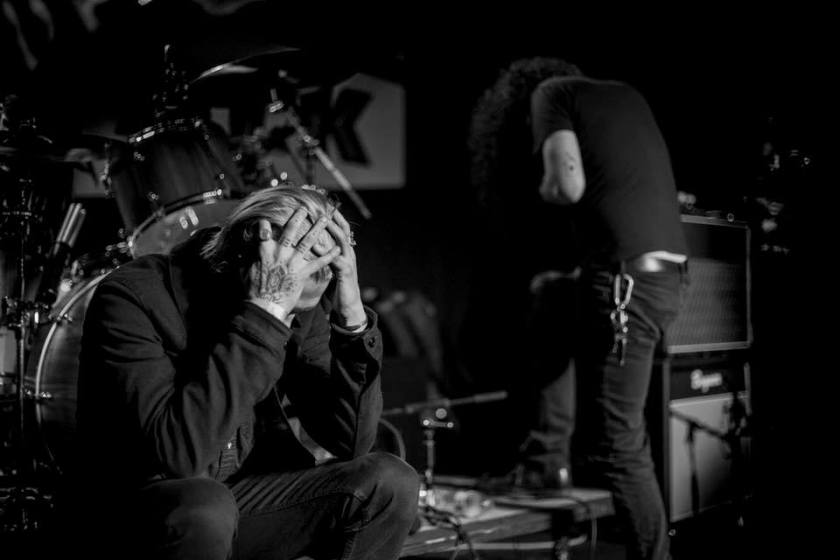 But the meaning and raw emotion behind this album say more than the music. Sufferer is a supergroup comprising of members of I the Mighty, A Lot Like Birds, and Hail the Sun. The album is a concept album, designed to reflect the day in the life of someone who suffers from anxiety and depression.  The album features three separate vocalists, each representing something different (suffering, anxiety, and depression).

The lyrics to “Chapter II (Then)” represent the beginning of the day in the life of someone who is suffering with anxiety and depression.  The lyrics focus around the character of the album not being able to get out of bed, plan his day, or stray too far from his room because of the unknown.  The lyrics are the characters internal voice, pleading them to stay in bed where “the covers protect you”.

For millions of people worldwide living with anxiety and depression, this album is sure to hit home. The lyrics are deep and heavy.  It gives the listener on the outside a peek at what this pain feels like. The album has tremendous potential to facilitate healing, educate this who have not experienced these demons, and make a change.

Sufferer is on a nationwide effort right now to support this record that has taken life of its own.  The band is donating 35% of all proceeds of the record and tour to the Anxiety and Depression Association of America (ADAA).

They are a badass band with a great sound.  That alone makes it worth it to support these dudes.  But for Sufferer, it’s more than that. It’s about the message and about reaching and healing those who need help. The album is powerful; the music is fantastic. This is a band that should be easy to support. Make sure to check them out!