Back in August I travelled out to Columbus, Ohio to see my favourite bands perform a show in their hometown. I made an innocent joke about already being in line for the next hometown show at Newport Music Hall. 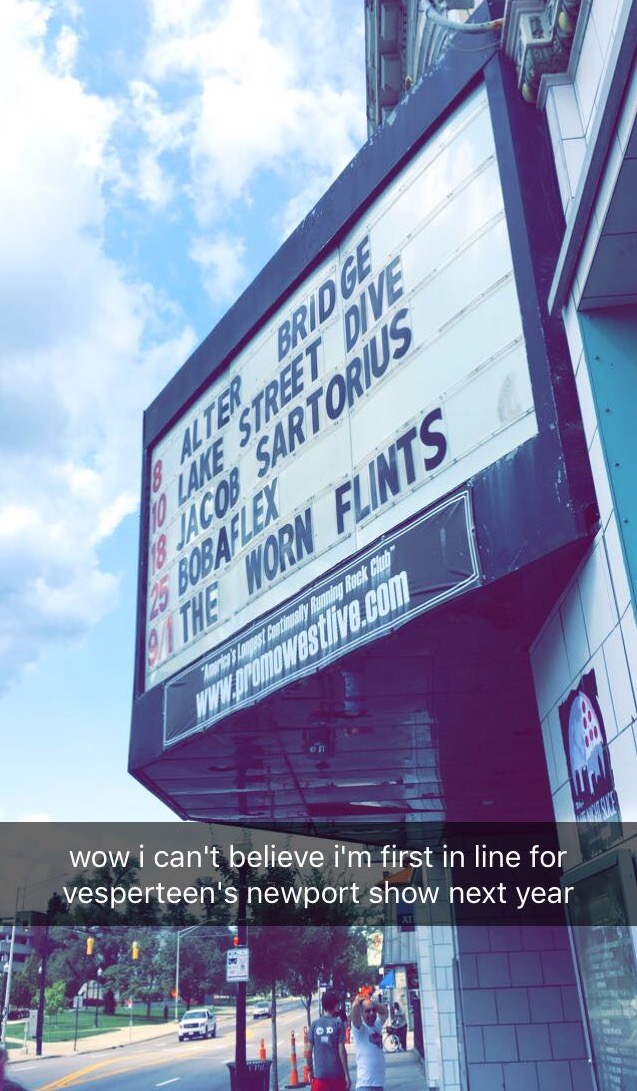 Little did I know that I was actually predicting the future! 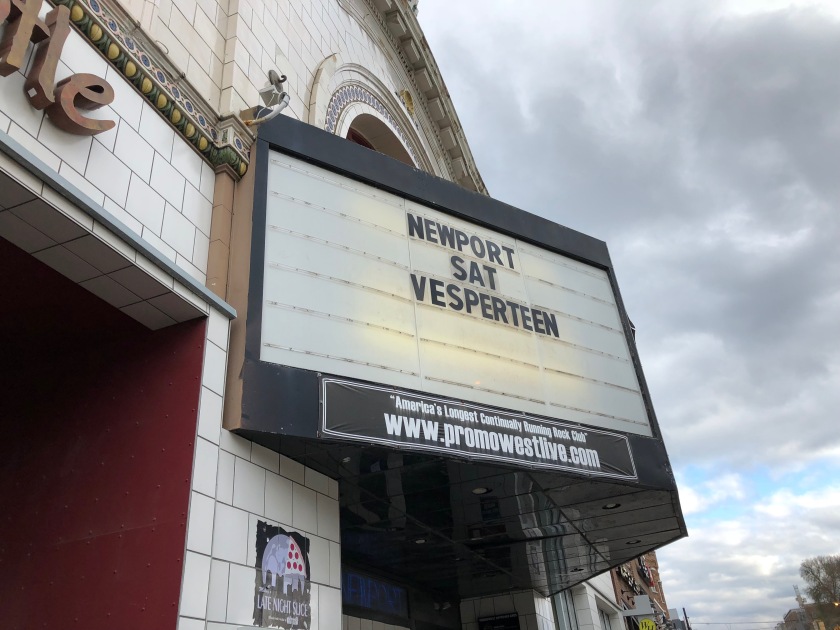 Many of the concert attendees tweeted Vesperteen saying that they were missing their prom for this show. Because of this, the show had a prom theme to it! When I arrived at the venue, I was surprised to see that most people waiting in line were dressed as if they were going to prom! The inside of the venue was decorated with balloons and streamers. This theme gave the concert such a unique dynamic. Out of the other ten Vesperteen shows I’ve been to, this was definitely the best one yet. 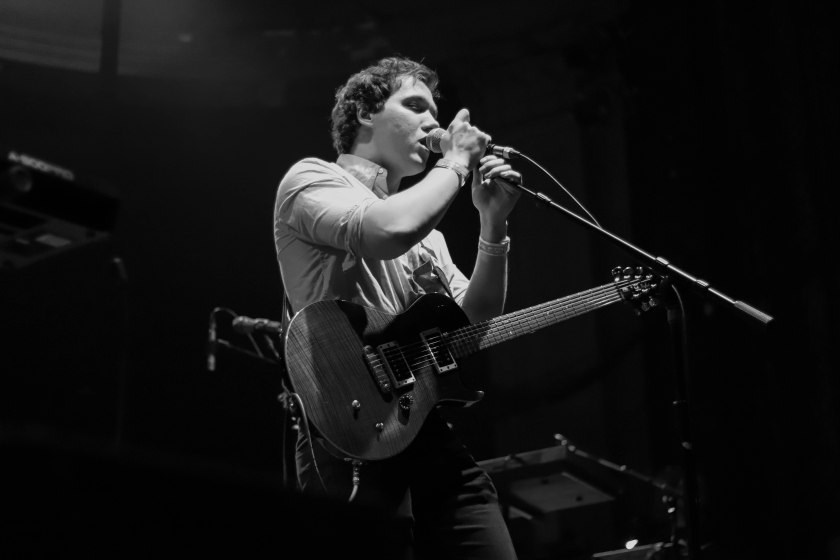 Captain Kidd, not to be confused with the pirate from the 1600s, is a psychedelic-pop band based out of Columbus, Ohio. 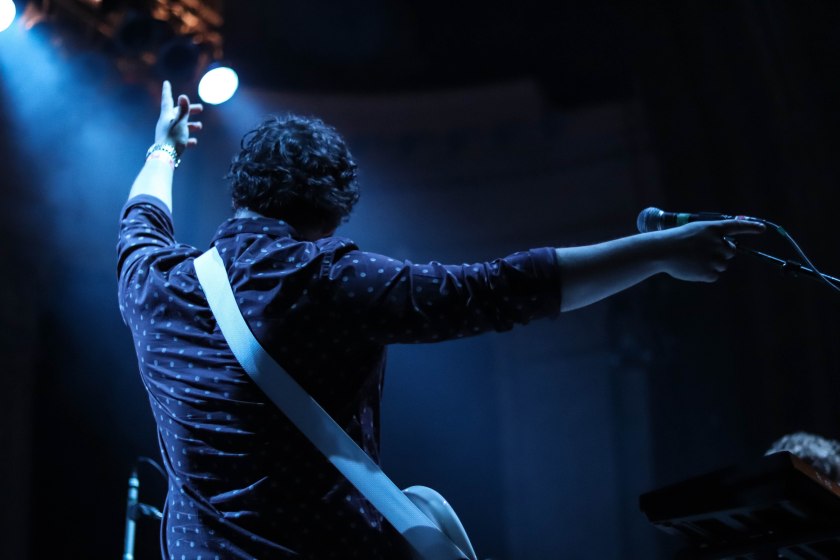 With their catchy beats, they had the whole audience dancing moments after they started their first song. 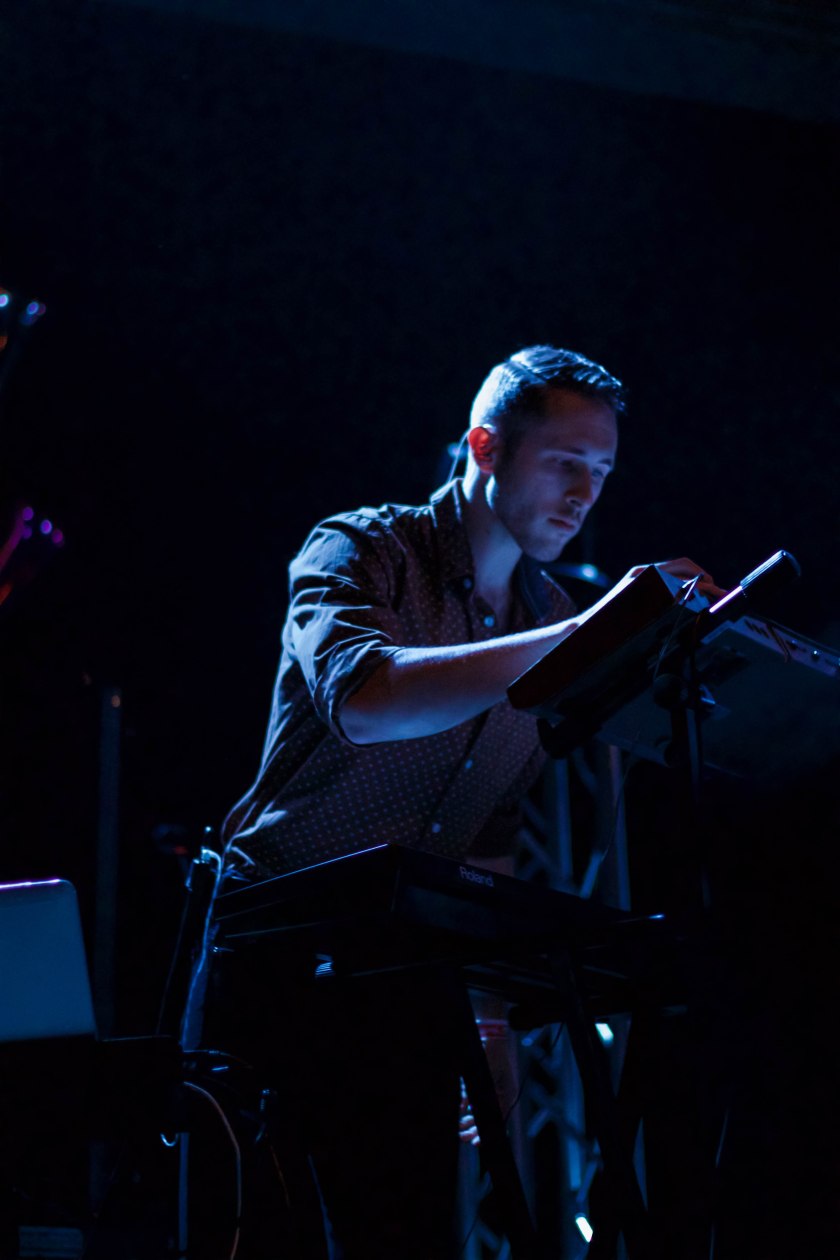 Their set gave off a fun club feel that lasted throughout the whole night. A prom in a club – it doesn’t get much more fun than that! 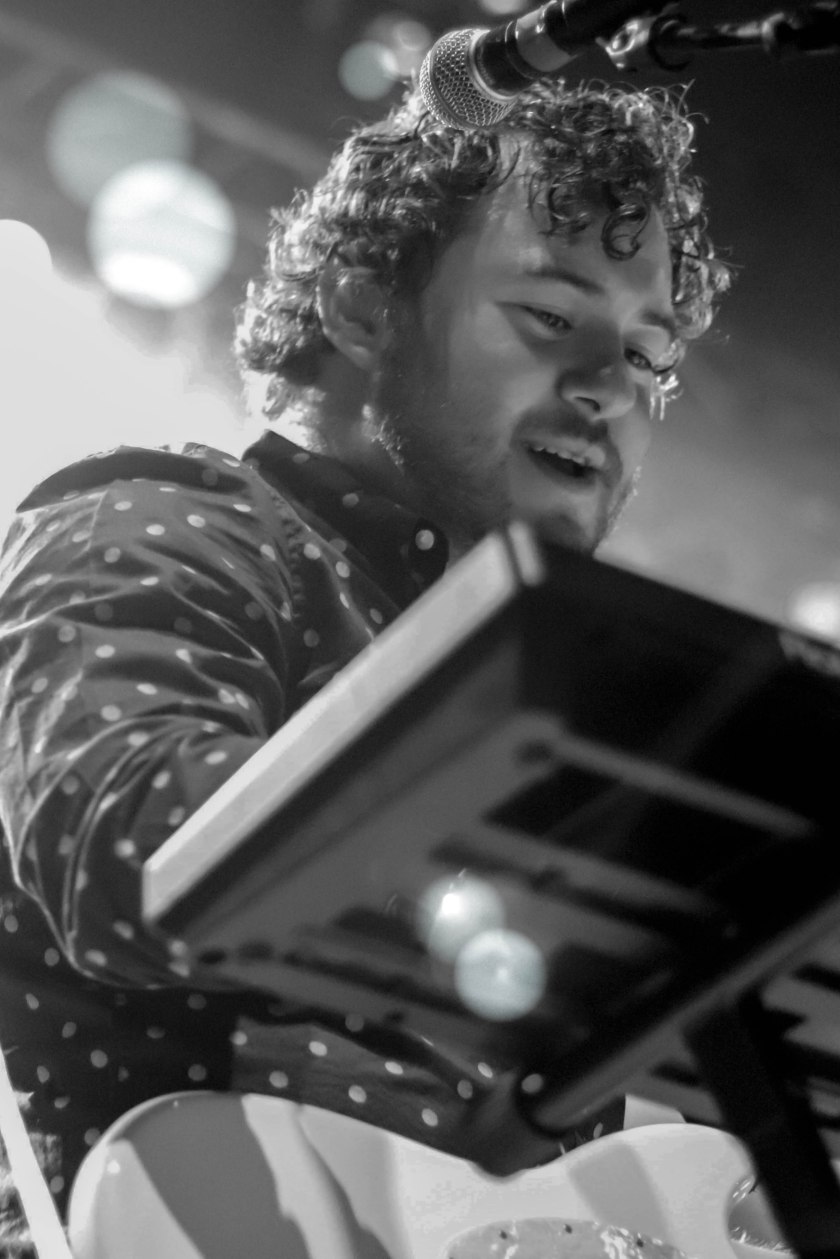 This was the first time I had ever heard Captain Kidd. It was awesome that my first impression of them and their music was at a live performance. If you like feel good dancing music, they are the right band for you! 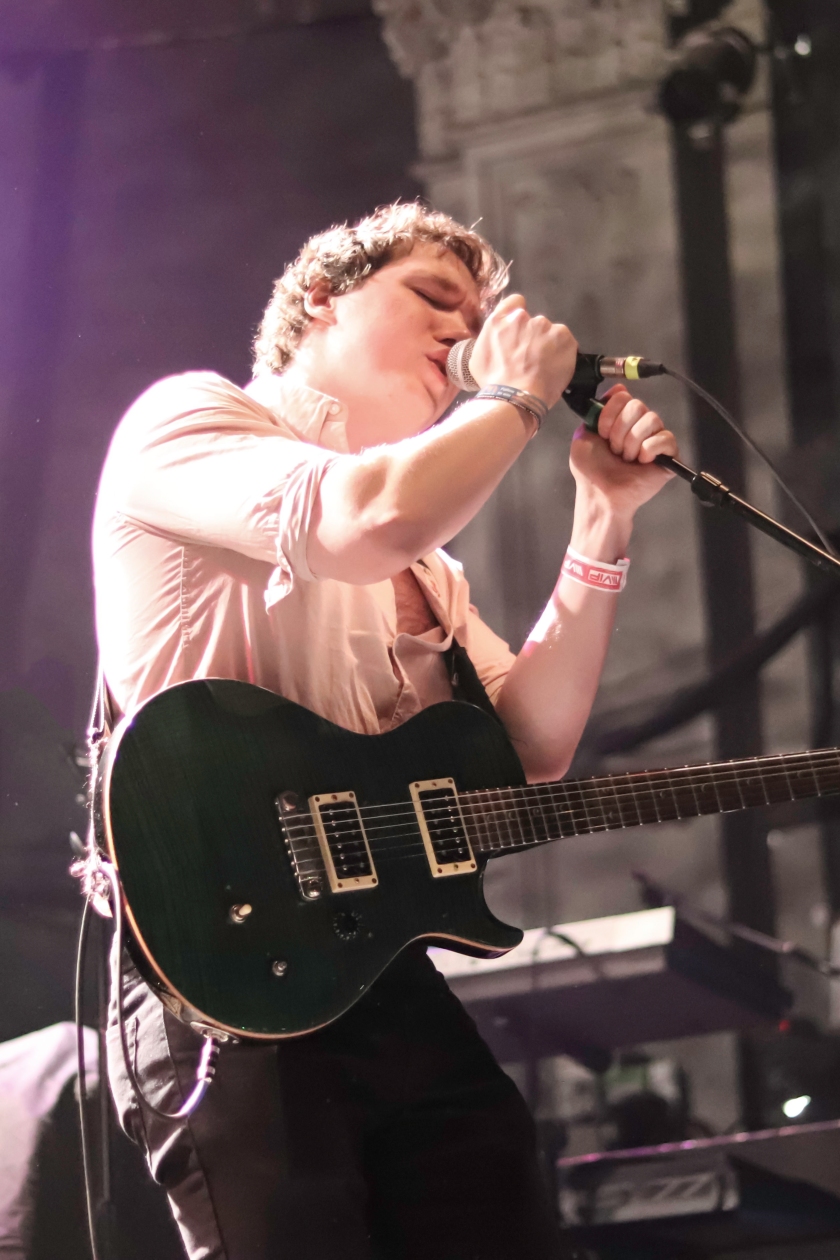 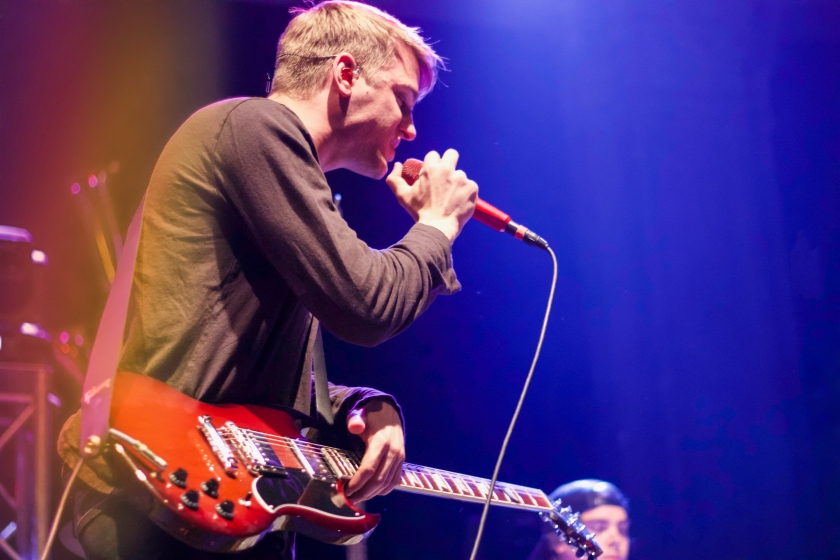 Vinyl Theatre has been on my radar since they signed with Fueled by Ramen quite a few years ago, but this was the first time I saw them live. They put on such a great show! 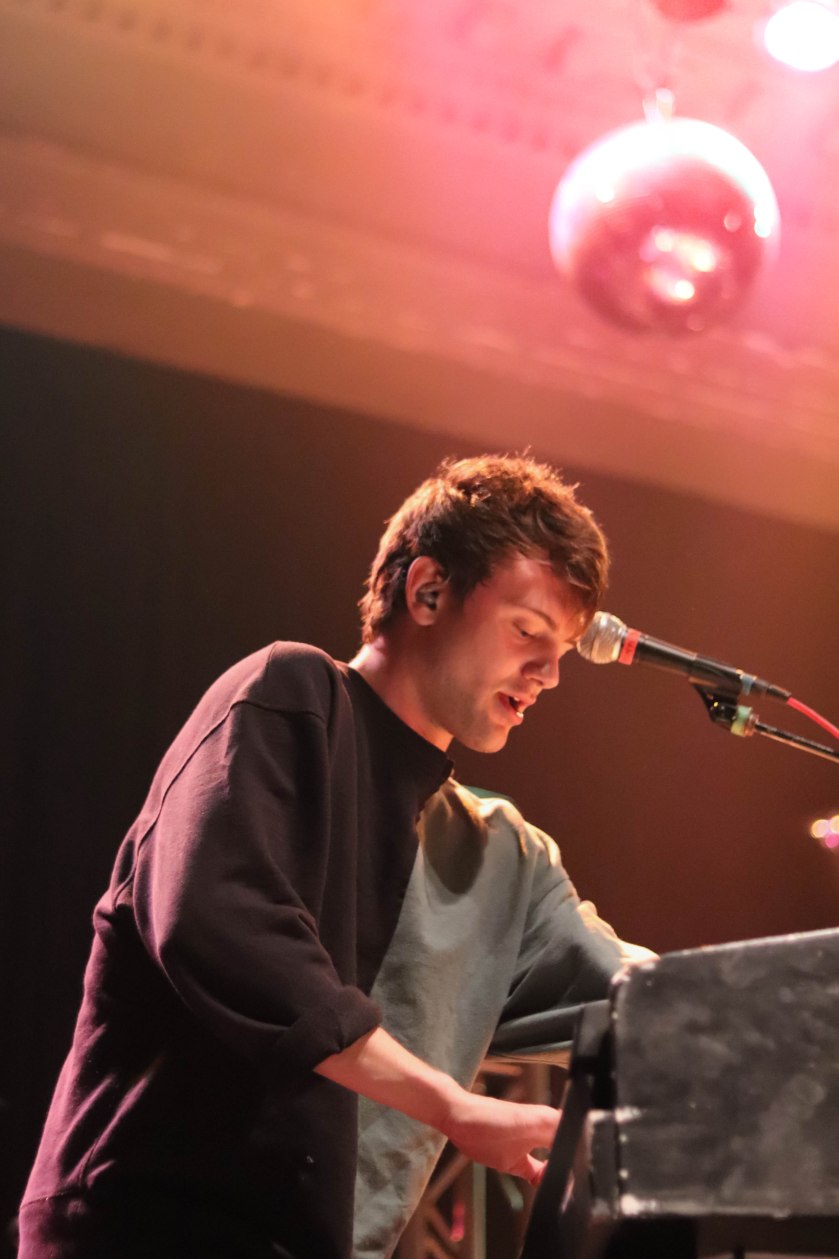 Before I photograph a show, I always do a little bit of research on the band, even if I already listen to their music. I found out the guys in Vinyl Theatre were friends for a while before they started the band. This was evident in their chemistry on stage. 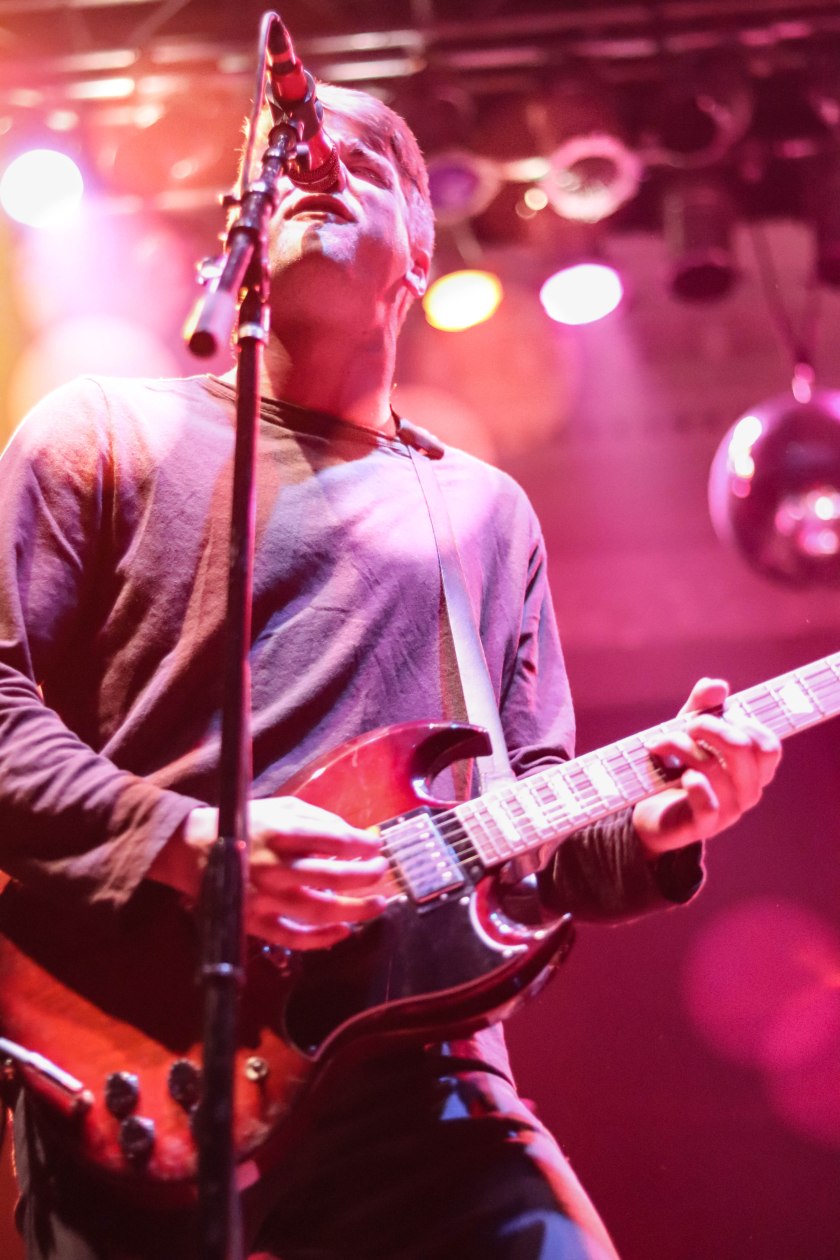 Halfway through their set, they did a cover of Eminem’s “Lose Yourself”. This hyped the crowd up even more than they were before! 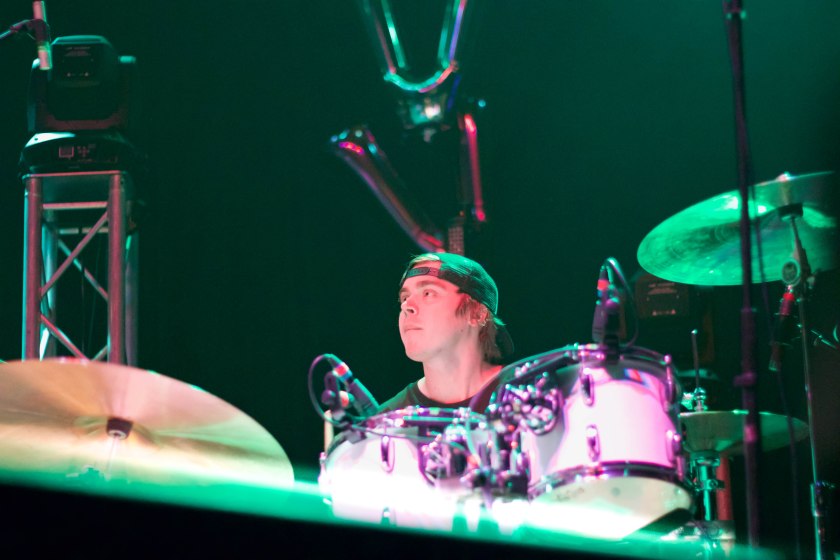 They finished off their set with their catchy song “Breaking Up My Bones”. Even though this was an older song off their debut album with Fueled by Ramen, the whole audience was singing along and dancing to it. 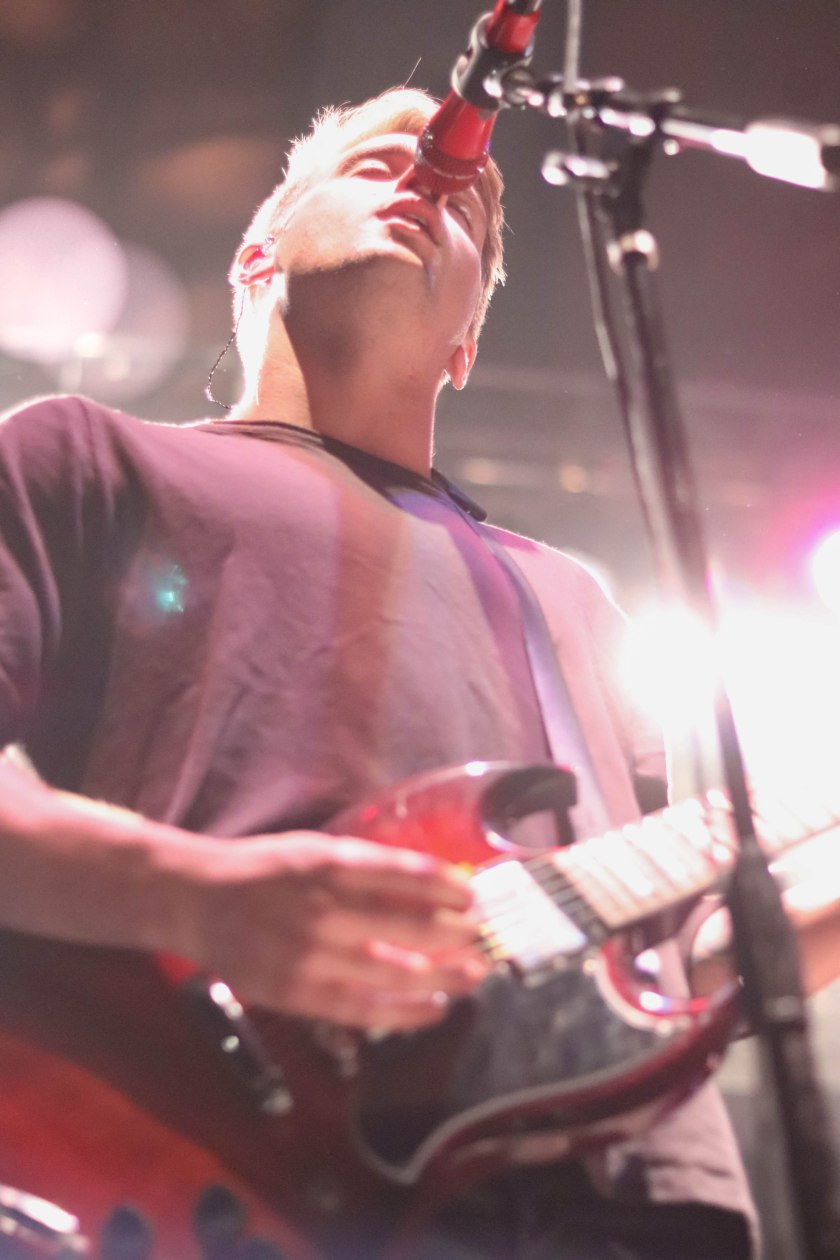 Vinyl Theatre’s sound and energy meshed beautifully with Vesperteen’s. They are definitely two bands that sound great together. 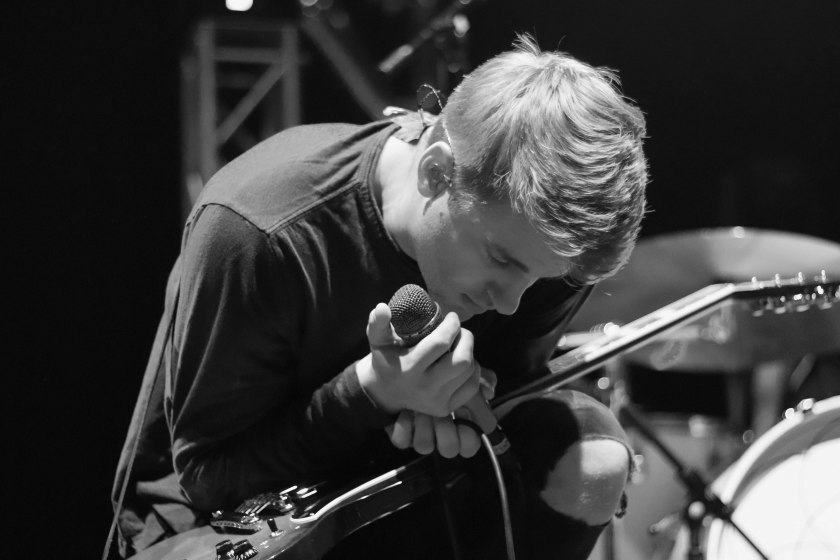 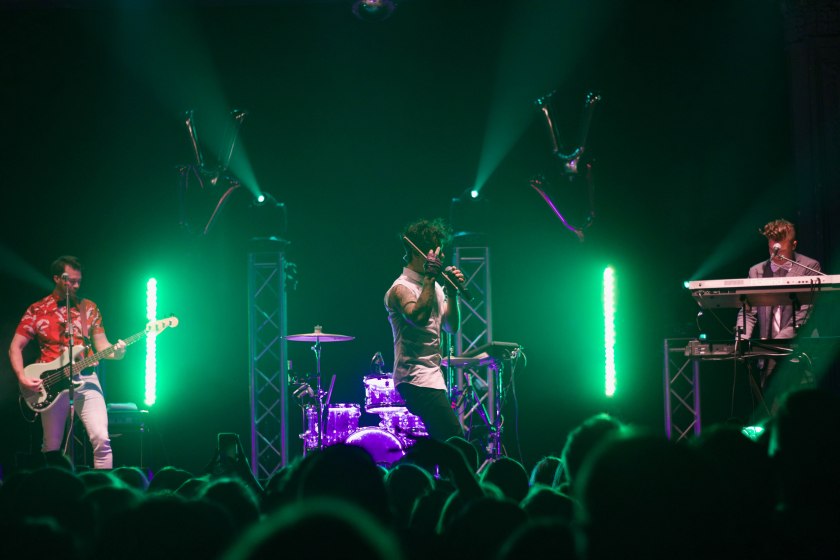 Vesperteen shows are always magical, but there’s something about a Vesperteen hometown show that exceeds every other show. 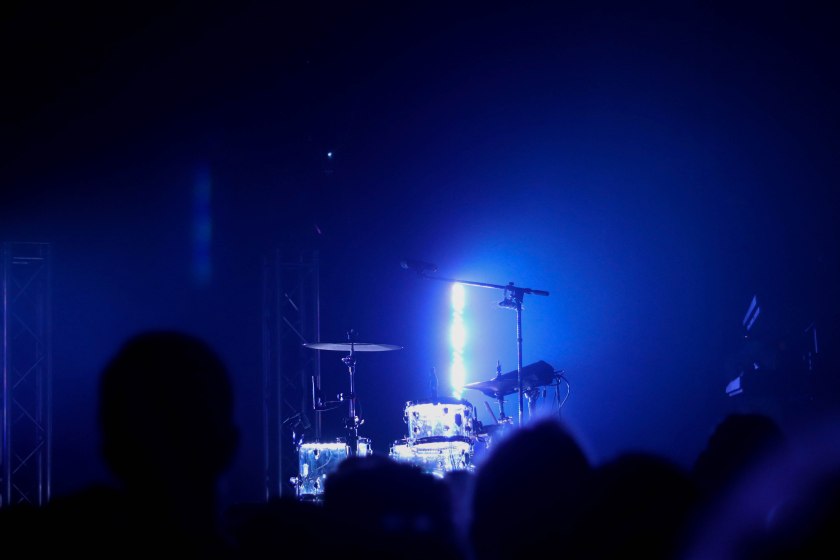 After what seemed like a forever, Vesperteen finally took the stage. The crowd erupted when frontman Colin Rigsby’s drums lit up. 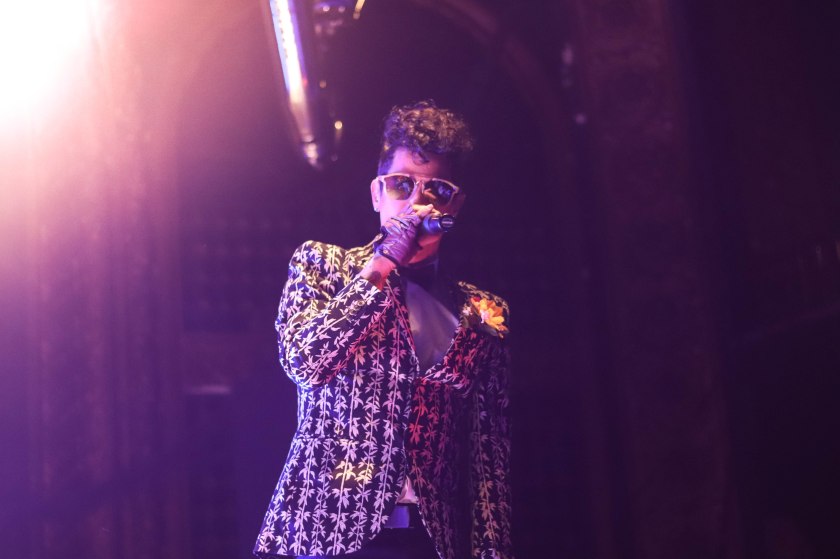 The band came out on stage dressed in formal attire. This, of course, didn’t last very long. After a few songs, Colin took his jacket off to reveal that the back of his shirt practically screamed his new album’s name. 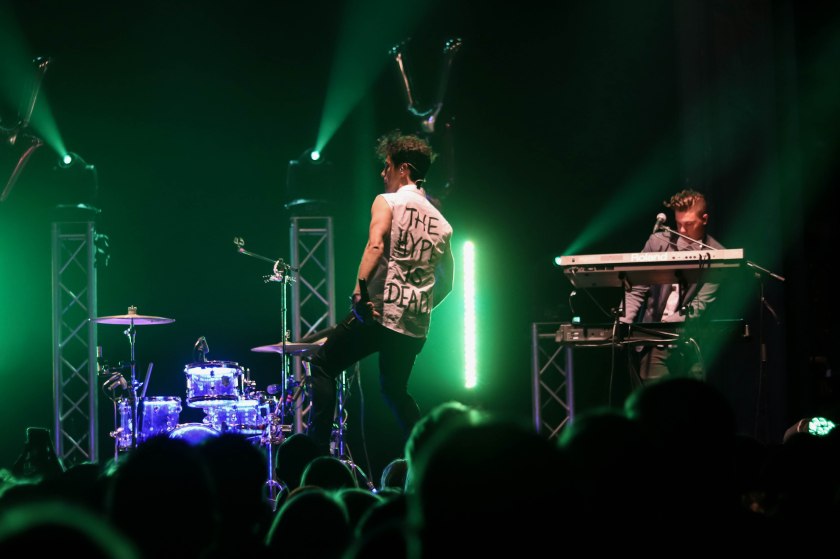 Throughout the night they played some old favourites along with some never-before-played songs off of the EP that wasn’t released for a few weeks after the show. 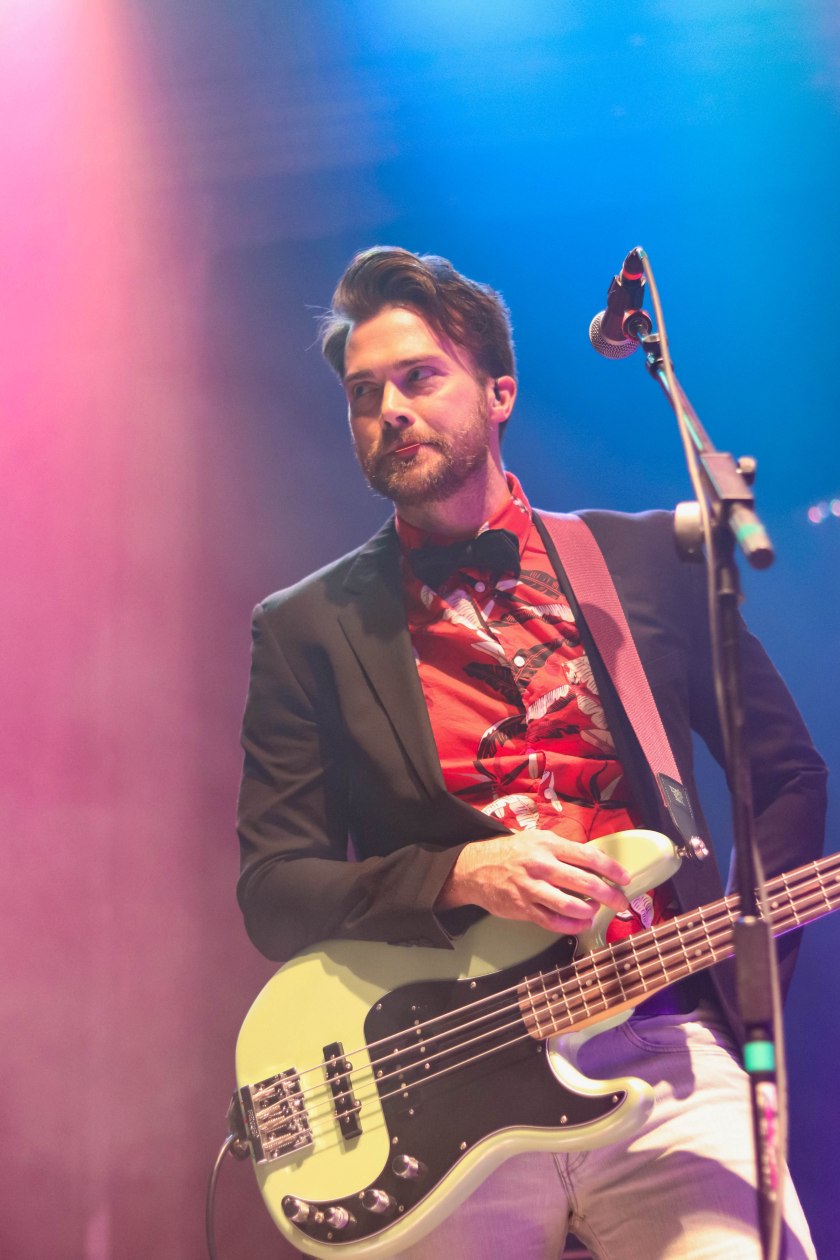 Towards the end of the set, the two opening bands came back on stage for what was called “PROMTAGE” on the set list. This included a mashup of classic songs like “Low” by Flo Rida and “Turn Down for What” by DJ Snake. 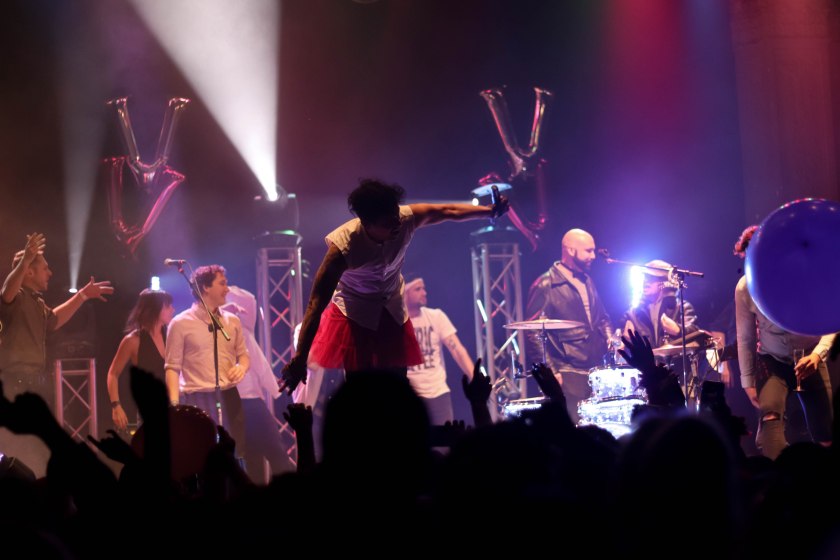 The show ended with “Shatter in the Night”, just like any other show. Except this time, the audience was drowned in a sea of blue confetti. 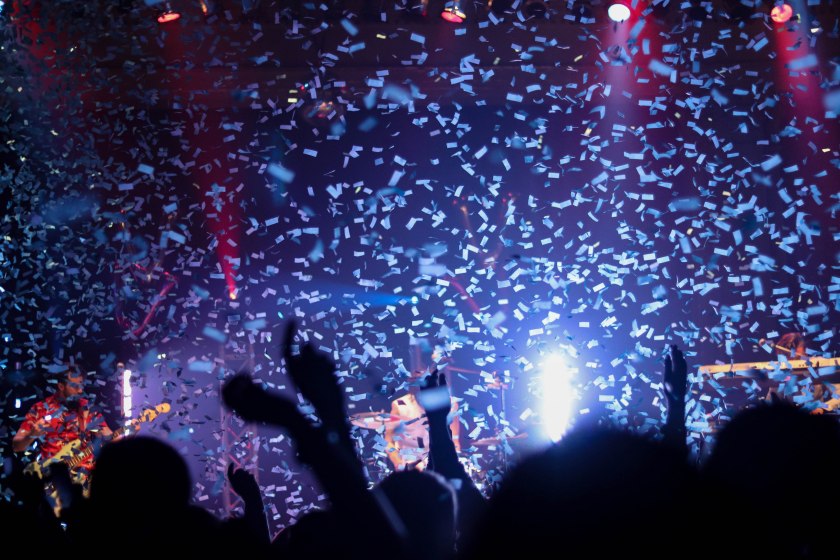 Vesperteen is going places. Big places. Make sure you check out their music and see a show before everyone else knows about them! 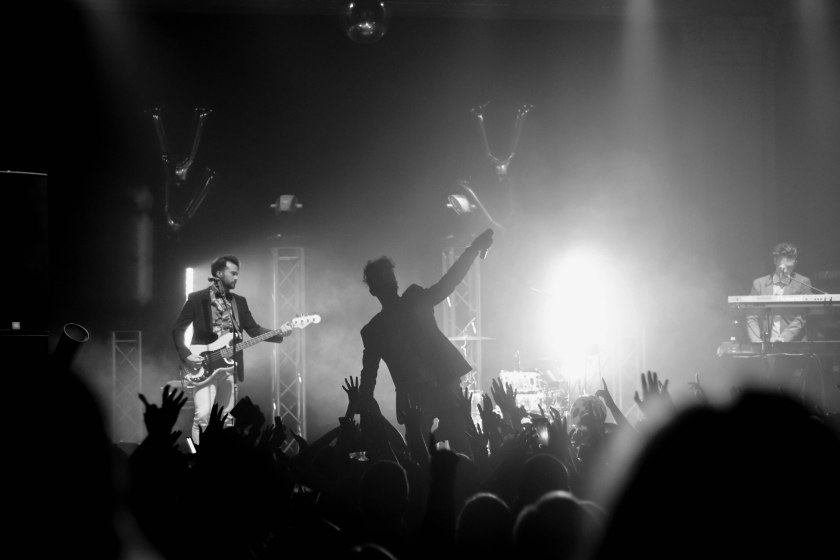 Are you a fan of Vesperteen? Were you at the recent hometown, prom-themed performance? Let us know in the comments down below or hit us up on Twitter: @SpinThoughts! 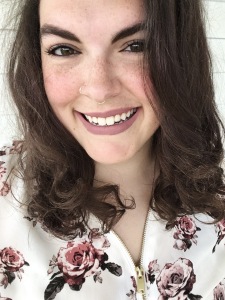