I’m convinced that Walk the Moon is from a different, magical dimension. Their songs, stage performance, and personalities just radiate love and good vibes. The moment they announced their “Press Restart Tour,” I instantly sent my best friend a text and told her that we were going. Since the show was going to be in the middle of winter, we decided to get early entry VIP tickets. They were worth every penny.

When we got to the venue, there was a Q&A session with about fifty people in the audience. While we were waiting to enter the venue, little pieces of paper were passed out to us to write a question on. I wrote the generic “would you rather fight one horse sized chicken or 100 chicken sized horses” question down not thinking that they would pick it out of the bowl. My question was the second one they answered. Kevin said he would rather fight the chicken sized horses. A gigantic chicken is “basically a dinosaur.”

After the Q&A session, we went straight into the pit. We were able to get barricade. In exchange for getting barricade, we had had to stand there for two and a half hours before the show started. That too was totally worth it. We were able to see the opening band sound check. We also got to see them preparing the stage and making sure everything was ready to go.

I hadn’t listened to Company of Thieves before hearing them open for Walk the Moon. After not even 30 seconds of hearing them perform, I was hooked! The indie/alternative rock band put on such an energetic show. They really knew how to engage the audience in what they were doing. One thing that I thought was very unique about their set was that during a portion of one of their songs, Genevieve, the group’s singer, sang into what looked like an old phone. It distorted the sound of her voice and gave the song a really cool effect. Company of Thieves is dropping their new EP Better Together this Friday February 23. Check out more here.

Walk the moon started their set in style with bright lights and the intro to the song “Circle of Life” from The Lion King. After that they went straight into “Press Restart.” That is my favourite song off of the new album, so of course I cried. Feeling the bass being played live was magical. Their set had the perfect mix of songs from all three of their albums. It was such a fun experience to go from dancing to new songs and then singing along to old favourites.

Walk the moon is such an inspiring group. As a band, they have gone through a lot, but yet they’re still following their dreams and creating music. If you haven’t listened to their music, you need to! I’m not kidding when I say it will change your life.

Walk the Moon is touring with Thirty Seconds to Mars this summer. Make sure you get out and see those amazing bands in concert! 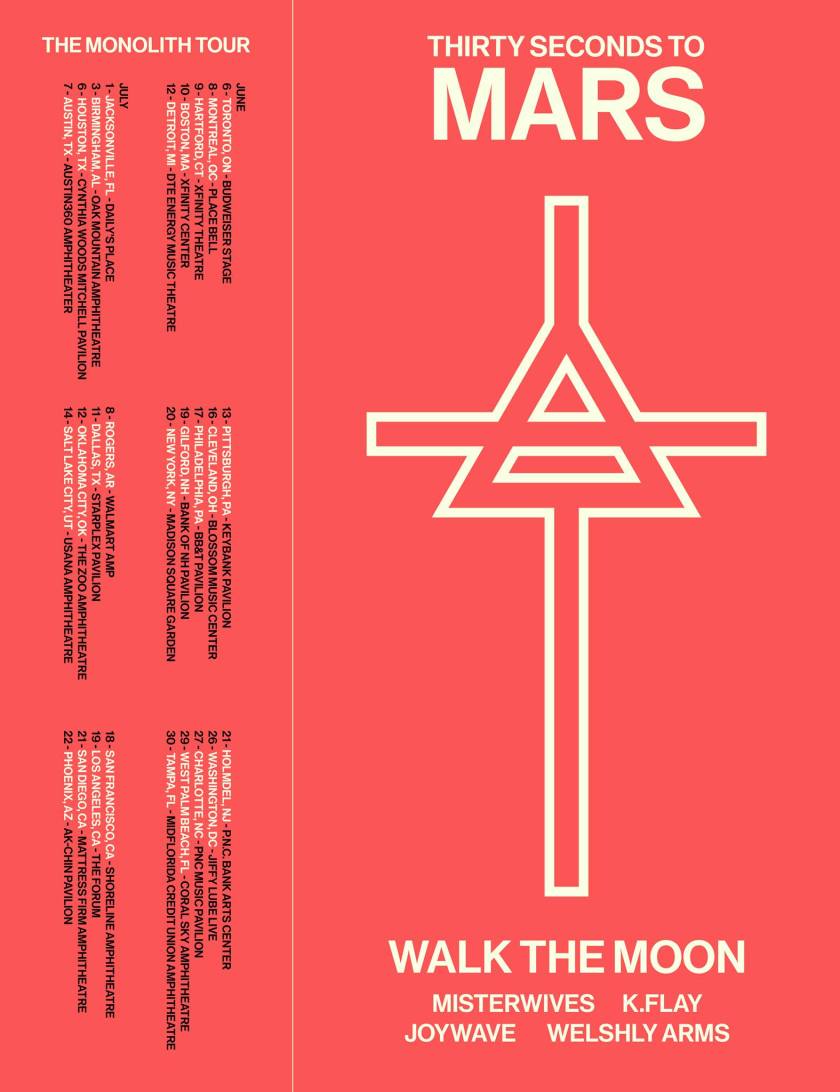 What are your thoughts on the new album What If Nothing? Have you seen the band on the “Press Restart Tour”? Are you going to catch them this summer with Thirty Seconds to Mars? Leave it in the comments down below or hit us up on Twitter: @SpinThoughts!