A Will Away is one of the most underrated bands in their genre.  Hopefully the success of Here Again will lead to many more having the opportunity to be introduced to their music.

The project of Columbus, Ohio native Kelc Galluzzo, Jetty Bones quietly released Old Woman this past October.  It came through my stereo on the recommendation of fellow Spinning Thoughts contributors.  Hopefully Jetty Bones will not fly under the radar much longer.  Look for Jetty Bones on tour in 2018 supporting Knuckle Puck and Boston Manor.

Pure emotion via spoken word, Cam Smith bares his soul through his project Hotel Books and the 2017 release Equivalency.  Themes of love, loss and Smith’s relationship with God are all explored throughout the 10 tracks that comprise Equivalency.

7.  Life Lessons – Best When In Motion

Oklahoma is not particularly well known for the kind of music that Life Lessons makes, but the band have done their home state proud on Best When In Motion.  Highlighted by the lead single “Attention to Detail”, this most recent EP is an indication that the future is bright for Life Lessons.

The sophomore release from any band is one of the most difficult to approach.  Broadside has succeeded very well on theirs in Paradise.  In some ways it is as if the energy from “Coffee Talk”, the lead single of their debut album has been spread out over 11 tracks on Paradise.

905 represent!  Coldfront add another excellent record to the list of quality albums coming from Southern Ontario, Canada in Float Around.  Lead single “Everything You Want Me to Be” is an indication that pop-punk is far from dead, it is very much alive and well.

The debut full-length from Movements, Feel Something builds on the success of their debut EP, 2016’s Outgrown Things.  This is one of those albums that can be played repeatedly from front to back without skipping a track.  One of the lyrics of the year appears on “Full Circle” in Movements’ trademark style: ‘…I know eventually I’m gonna come around and maybe it won’t be easy but it will be worth it and the results will be profound. Because instead of feeling cornered the corners of my mouth will start to point up instead of being anchored down’.

Philadelphia’s Grayscale moved from being under-the-radar, bursting onto the wider scene in a big way with the release of Adornment. Tracks such as ‘Let it Rain’ and “Atlantic” showcase why it was an easy choice for As It Is, Four Year Strong and Trophy Eyes to each take Grayscale out as support on tour in 2017.

2.  Bearings – Nothing Here Is Permanent

Three years of hard work culminated in Ottawa, Canada’s Bearings signing with Pure Noise Records and the release of Nothing Here Is Permanent. The emotional ‘North Hansen’, which Canadians had enjoyed for months was introduced to the rest of the world along with four other pop-punk gems including “Petrichor” and “Letters Home”.

1. Being As An Ocean –  Waiting for Morning to Come

While enduring perhaps their most challenging year professionally as a band, Being As An Ocean produced the album of the year in the midst of it.  Deep, palpable, real emotion from beginning to end.  One of the most beautiful things ever created.  Pure brilliance.

What did you think of Dan’s favs of this year? What’s your favorite album from 2017? Leave it in the comments down below!

TAGS: A Will Away |  Jetty Bones | Hotel Books | Life Lesson | Broadside | Coldfront | Movements | Grayscale | Bearings | Being As An Ocean 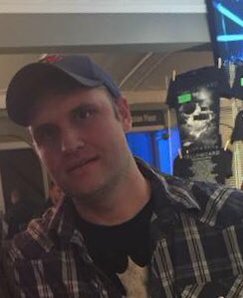