Dave Grohl, Paul McCartney, and Justin Timberlake walk into a recording studio… Sounds like the beginning of a bad joke, right?  It’s not!  Grohl and company pulled out all of the stops for their 9th studio album, Concrete and Gold.  The album features collaborations from Timberlake and Sir Paul himself, as well as Shawn Stockman of Boyz II Men.  When you are the Foo Fighters, and there is nothing left to lose (pun intended, bonus points if you get it!), you may as well call on a few of your friends to help!

As I talked about when the single for “Run” was released, this band is one of the most diverse you will find.  Over the years, they have gone from soft acoustic tracks to some of the heaviest you’ll hear (on the radio).  The Foo have become well known for their conceptual albums over the past several releases. In Your Honor featured a two disc/vinyl approach, with one record being the heaviest the band had to date and the other being a gentler acoustic side.  Echoes, Silence, Patience, and Grace blended the two styles together, by creating an acoustic approach to the bands heavier style, incorporating a lot of piano and acoustic guitar.  Wasting Light, perhaps the band’s biggest commercial success, was written and recorded in Grohl’s basement.  Sonic Highways was recorded in eight different studios, with each track being written about the history of the city they were recording in. 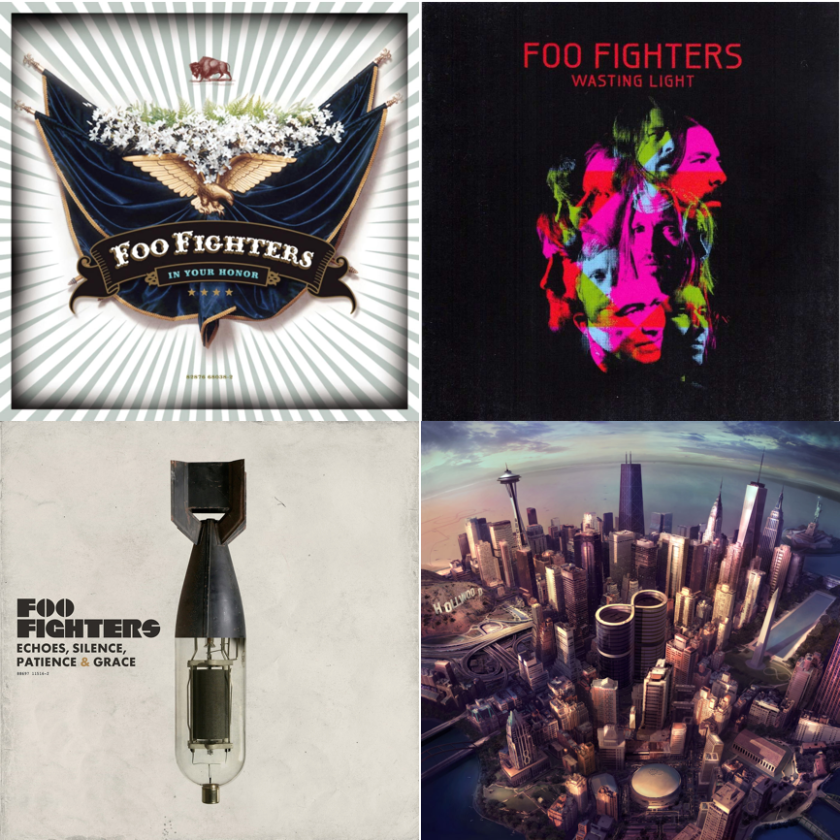 Dave and the boys set out to make this album about their influences.  Dave has said that the intention of this album was to be like Megadeth’s version of Sgt. Peppers.  The first time I heard the title track “Concrete and Gold”, I could hear the influence of Pink Floyd, with the deep, reverb heavy bass ringing out behind Grohl’s eerie whispered intro, that leads to a majestic breakout.  The album has tracks that have obvious nods to some of the bands biggest influences, like Pink Floyd, but also Tom Petty (“Sunday Rain”), the Beatles (“Happy Ever After (Zero Hour)”), and Led Zeppelin (“Make It Right”), all while staying true to the sound that fans have come to know as quintessential Foo.

The album really does have everything.  There are fast and heavy songs that give the classic Foo Fighters vibe, such as “Run” and “Arrows”.  The album also features several songs that are an obvious throwback to the classics.  “Make It Right” features Justin Timberlake.  Did I mention Justin Timberlake?  It’s awesome.  There have been a lot of mixed reviews about this album, but in my opinion it is as true as it gets to the Foo Fighters style.  It is a concept album that features an array of different styles, from heavy to acoustic, from up-tempo to groovy, and everything in between.